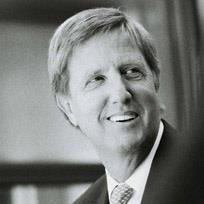 London underwriters feel compelled to participate in big brokers’ placement databases, as they may otherwise risk losing out on business.

The databases, which include Aon’s Global Risk Insight Platform (GRIP), Marsh’s MarketConnect and Willis’s MarketMatch, are increasingly being used by larger brokers to differentiate themselves from their smaller competitors.

Beazley broker relations director Dan Jones described the databases, also known as pipeline renewal tools, as “a great opportunity for us if we manage them correctly, and a great threat if we don’t”.

Speaking after Beazley released its first-half 2012 results, Jones said: “When more than 40% of your business comes from three brokers, you are going to want to participate in those offerings.”

Beazley derives 43% of its business from Aon, Marsh and Willis.

Jones said Beazley was looking to get as much value from the broker tools as possible. He added: “If we don’t, our competitors will and they will take opportunities away from us.”

In essence, the broker databases are designed to collate the data that brokers glean from sitting in the middle of transactions, and use them to match insurers and end-clients more efficiently.

Jones also revealed that Beazley was toughening up on broker relationships, and planned to sever ties with 200 brokers in the USA. He said these would include brokers where Beazley only underwrites one out of 20-30 submissions it sends in. It will also cut ties with offices of national US brokers that do not produce any business.

The reduction follows a cull of 100 brokers that had brought in no business for two years.

Jones said Beazley had built up hundreds of broker relationships in the USA following the launch of its US operation in 2005.

“People know each other in the London market so well. In the USA, people haven’t known us so well and there has been a fair amount of experimentation,” he said.

“I think we are saying the experiment is over now - it’s time to focus on people we know are a match.”