Where has it all gone wrong for Swiftcover? 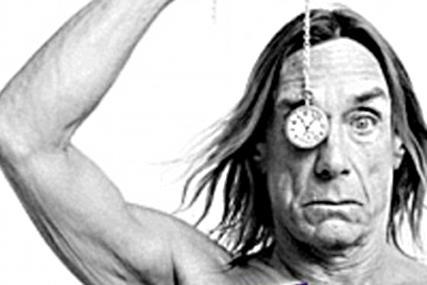 Chief executive Peter Hubbard was triumphant having persuaded his Parisian-based masters to fork out millions on the acquisition of Swiftcover.

“We intend to build on Swiftcover’s strong brand and powerful operating model to deliver an additional revenue and earnings stream for AXA UK,” Hubbard declared in early 2007.

In the first quarter, AXA group revealed it was “portfolio cleansing” its UK direct book.

FSA 2011 returns reveal a business running at 121% combined ratio, including prior years which have lumped on 11.8 points.

So where has it gone wrong for Swiftcover?

When AXA bought Swiftcover in 2007, the strategy was clear enough: to bring the company’s high expense ratio down by integrating Swiftcover’s low-cost operating model into the rest of the business.

AXA was ahead of the game at this stage in its thinking. The likes of Aviva and Zurich released their low-cost aggregator-only insurance models four years later in 2011.

But there was another part of the AXA strategy that was much more hazardous: a priority to grow the business very quickly.

Even Admiral, which was growing quickly to become the UK’s second biggest private motor insurer behind Direct Line Group, highlighted to the City in 2010 how Swiftcover was taking its customers.

One market source says even if actuaries had raised their eyebrows at some of the pricing, there was this belief that Swiftcover, with its supposedly superior systems, would deliver underwriting results.

The source said: “There was this acceptance that AXA personal lines’ number one objective was to grow direct.

“When you’re growing that fast against a backdrop of market challenges, one way of writing motor insurance is to have cutting-edge technology and ask all the right questions.

The bright spot for AXA is that current year performance is not out of line with the market, coming in at 105.7% combined ratio, including non-risk income, although the decision to portfolio cleanse suggest there are still concerns.

Another source says: “The problem is that if your prior years were out, then you have to ask if your current year is out as well. If AXA’s increases haven’t kept up with the market, then that could mean deterioration in the future.”

For the future, AXA personal lines will need to be spot on with its selection of the next person to head the business.

Brokers have seen so many changes at the top in the past year they must be wondering what is going on.

Then there’s the pricing. The portfolio cleansing signals that AXA is coming to terms with the fact it will have to lose market share to get its pricing right.

Finally, AXA has the firepower to beef up its reserves.

There is likely to be an acceptance from Paris that it must use its huge financial resources to do whatever it takes to reserve adequately for personal motor.

AXA could sell the personal lines business, but to not play in personal lines in one of the world’s most mature and respected markets would be a huge slap in the face to its reputation.

AXA had some huge challenges in UK commercial lines, but these seem to be improving. Now it’s time to focus its efforts on personal lines.