Allianz UK reported higher profits and an improvement to its core ratios for the year to December.

The UK operations of the German insurer saw operating profit for the year rise to £121.3m from £96.2m in 2016. But chief executive Jon Dye (pictured) said profits would have been £22m higher without the cut in the Ogden discount rate last February. 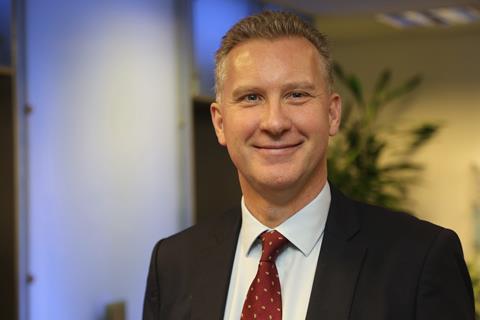 Dye described the results as “a solid financial performance”.

But he added that the Ogden rate cut for personal injury from 2.5% to minus 0.75% was a serious blow for the company, and he called on the government to row back the rate cut.

“Had it not been for the impact of the revised discount rate, the 2017 profit number would have been £22m higher,” he said.

“As I have said in the past, providing seriously injured people with a fair and appropriate level of compensation is the right thing to do. The sharp increase in the cost of settling personal injury claims is contributing significantly to rising premiums for customers.

“The pressure on insurers to pass on this cost to the customer can be removed by an appropriate government response. The implementation of a framework that delivers a fair outcome and brings greater clarity and certainty to the market is urgently needed.”

Results were also hit by what Dye described as “an exceptional number of large losses” in the third quarter totaling £46m.

“This was an unfortunate and thankfully unusual experience and not the result of an underlying underwriting issue that will continue to negatively impact on our performance,” he said.

Dye hailed a strong result from commercial, with an “excellent” underwriting performance.

“The consistent year-on-year success of the commercial business is the outcome of having a clear trading strategy and delivering great customer service,” he said.

In personal lines, withdrawal from the direct market reduced top line performance, Dye said. However, he singled out Petplan’s growth of more than 10% and its strong financial performance.

“2017 was a landmark year for the organisation with the completion of the strategic joint venture partnership with LV=,” Dye said.

However, Dye pointed out there are currently 250 vacancies at Allianz, and further opportunities will grow out of the joint venture.

“The feedback from the broking community on the joint venture has been positive and during this period of operational change we will work hard to maintain the levels of service that have positively influenced the NPS feedback from brokers,” Dye promised.

“The commercial book will broaden our underwriting acceptance and distribution footprint once the business has transferred from LV=. The personal lines motor and household business transferring the other way is well established in the broker market and will expand the joint venture PL book.

“These are exciting times for both businesses as we work together to establish our joint venture as the UK’s third largest personal lines insurer and Allianz as a top three general insurer by 2020.

“We have begun a game-changing journey for Allianz in the UK and I look forward to 2018 with great anticipation and excitement.”