It has become “crucial” for insurers to invest in insurtech to transform operations and cost handling.

This was the finding of a Whitepaper examining “Why Insurers must Invest in Insurtech?” by UK-based market research specialist’s Juniper Research.

It predicts that larger insurers will adopt AI (artificial intelligence) particularly in claims operations, over the next five years.

And said that the processing of data on an “automated basis” for claims is “too big-a-gain to ignore.”

Insurers are now faced with the challenge of increased competition due to the rise of technologies such as AI, blockchain and the Internet of Things (IoT).

But while distribution methods have been “radically altered,” the process of receiving notification of loss, managing claims and underwriting risk has remained “largely unchanged” compared to 20 or 30 years ago.

Juniper Research found that digital distribution has made it easier to compare insurers on a “like-for-like” basis, therefore eroding “customer loyalty” and resulted in “reduced margins” across the board.

It said that there are two types of insurtech vendors:

It forecasts that insurance premiums in the US generated by insurtech services will exceed $400bn by 2023, up from $187bn in 2018.

But what about the UK?

Early insight from Accenture exclusive to Insurance Times, demonstrates that insurtech in the first half of 2018 saw a “record number of deals” (206 deals) reporting similar investment dollars at the previous year.

Accenture cited that in 2018 the majority of investments occurred in North America with the largest amount of deals (43%) and the majority investment of dollars (58%).

This also included Europe with 28% deals and 15% investment, whilst Asia-Pacific saw 20% of deals with 25% investment.

But the ABI says that in the UK investment in insurtech in “pretty strong” as it has become easier to get initial funding and secure subsequent funding rounds.

CB Insights reported that £218m was invested in the UK in insurtech during H1 in 2017.

Reflecting on the market, the ABI says it is encouraging insurtech firms to join them. The most recent associate member was By Miles, providing pay-as-you-drive car insurance to UK drivers that travel fewer than 7000 miles per year. The insurtech joined last month securing £1.3.m funding.

A spokesperson for the ABI, said: “The synergy between incumbents and insurtech is really strong. Incumbents bring existing customers and regulatory authorisations, capital and knowledge of insurance processes.

“Meanwhile insurtech firms bring innovative ideas and cultures and can help insurers to overcome legacy system barriers that they struggle to overcome alone.”

It says that increasingly traditional insurers are looking to work in partnership with these firms, whereas in the past insurtechs would have been seen as competitors or a threat to incumbents.

What do insurtechs think?

ThingCo’s, chief executive and founder Mike Brockman says that insurtech brings “new, unbiased thinking and ideas with the freedom to make it happen away from internal politics.”

When asked if there was enough investment in insurtech, he added, “probably not-the insurers still do not want to take much risk hence there is a problem with Series A stage investment.”

He stressed that this is a “crucial period” for new startups.

UK as the “choice for innovation?”

Echoing this GovGrant’s chief executive, Luke Hamm recently proclaimed there was “not enough” insurtechs in the FCA’s sandbox this year.

However, last year more insurers and reinsurers invested in insurtech firms than ever before, according to Willis Towers Watson (WTW), with a total of $2.3bn (£1.6bn) raised in funding.

And WTW’s quarterly briefing in May this year showed that insurtech deal numbers reached a “record high” with 66 in Q1, worth £541m.

Rafal Walkiewicz, chief executive of WTW’s Securities, says: “Incumbent insurers are focusing on process in existing models in the value chain that present the biggest challenge they face.”

Whereas he says that “outside capital” is focusing on the customer, the pressure points of cost, ease of access as well as new and under-served markets.

He adds: “Achieving an outsized return on their investments is a primary consideration, independent capitalists have an outside perspective and look at technologies.”

In 2016, increased investment in Q1 saw 45 deals raising $650m, which led to the launch of insurtech accelerator, Startupbootcamp (SBC).

But its 2018 report “Breaking Boundaries: How insurtech is moving beyond insurance” found that insurtech has pushed insurers’ innovation agenda bringing in new technologies.

Surprisingly it found that 61% out of the 1000 applications made to the accelerator derived from non-insurance startups spanning agriculture, health, cyber-security, the sharing economy, wealth management and transport.

It said that “collaboration with startups from adjacent industries gives insurers the opportunity to access new revenue.”

The survey also found that 41% said that AI is the “primary technology” for applicants with the ongoing challenge of integrating it with existing insurers systems.

Around 84% of SBC’s partners were interested in cybersecurity offerings, and it found that this interest had tripled over three years.

Jim Bichard, UK insurance leader at PwC, says that three years ago the “hype” was around disruption and now it is more about “startups and insurers working together to create meaningful partnerships.”

A sentiment that was reiterated at this week’s Insurance 2025 event.

SBC found 12% of applicants were from the sharing economy, in comparison to 7% last year.

Sara Green Brodersen, founder and chief executive at Deemly says: “The sharing economy represents a huge unlocked potential for insurers to tap in to.”

Admiral’s head of operations, Ori Hanani, adds: “This is the year in which Insurtech reached a tipping point into mainstream awareness.”

While some new players pose a threat to established insurers, the majority are “enablers,” complementing incumbents.

Overall, the accelerator predicted that “insurtech” could cease to be a relevant term as the idea of it as a “standalone business” may become outdated as startups look to “add value” to existing insurers instead. 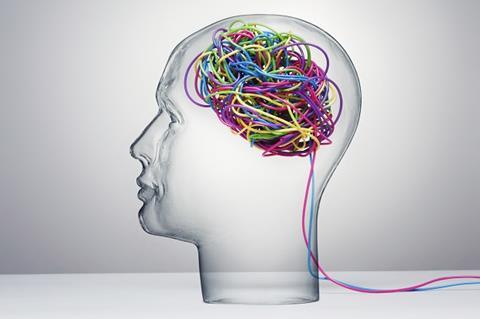