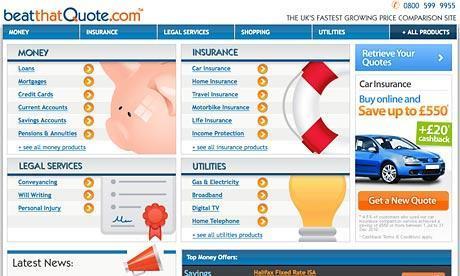 Latest accounts, for the year ending January 2011, reveal that founder John Paleomylites offered the business a £2m credit facility, of which £500,000 was drawn down.
Despite a £1.7m shareholders’ deficit, Google paid £37.7m for the aggregator in March last year. Paleomylites scooped a windfall from the deal, as he owned 90% of the shares.

Although Google has refused to comment on the deal, it is understood to have bought the business as an experiment into how best to penetrate the price comparison market.

The guidance was released in October to the whole of the aggregator market with the aim of preventing mis-selling to customers.

● The internet giant will have to be wary of potential accusations that it is promoting BeatThatQuote on its search engines ahead of competitors’ sites.