Biba: Regulation and Brexit at the Tory Party Conference

Biba executive director Graeme Trudgill was there lobbying for brokers 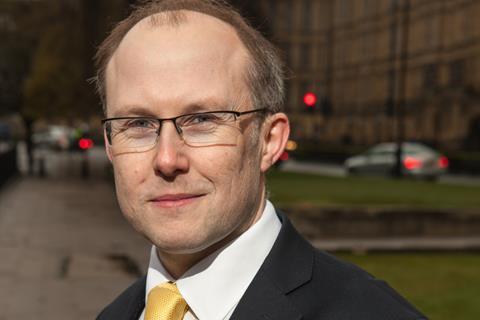 The conference of the incumbent government is always a major event for us. We look to get member issues, with regulation and Brexit at the fore, over to as many relevant parliamentarians as possible.

We were ready to push for change in some areas, but fighting to prevent it in others. Armed with as many manifestos and briefing documents as we could carry, Steve White and I headed to Birmingham to set out our issues to ministers.

There’s a fine balance between maintaining cordial government relations and giving them both barrels. I chose the latter after hearing the contention that “we are the only true party for business in the western world”.

Challenging this, I reminded them of the government’s 67% increase in IPT; the highest cost of regulation in the western world, the accumulation of new regulation and the imposition of the new apprentice levy - all on top of coping with the challenges of Brexit.

Gauke struggled to justify his IPT decision “given the circumstances of the deficit” and “recognised it was hard for some sectors”. Ellison said on apprenticeships that “there is never a perfect time to introduce a levy”. Both were shifting awkwardly in their seats.

Kirby however wanted to “reassure” us he was very aware of the issues as he confirmed that “it is important to keep the sector competitive”. Pleased with this response we arranged a follow-up meeting.

After that debate we met brexiteer and minister Liam Fox MP for a one-to-one conversation about Brexit issues such as passporting, the single market and capacity, which he was supportive of addressing.

Then for the main event – meeting PM Theresa May.

May had time some time to take questions and, ever the lobbyist, I raised my hand quickly. A lawyer got his question in first, but was swiftly and publicly annihilated in Darth Vader like fashion by the PM for not fully understanding article 50.

She then turned to me and, like a scene from Star Wars where the Imperial Commander steps over the body of the previous commander (the lawyer), I took the opportunity to express members’ concerns about Britain’s insurance brokers losing their leading role in Europe.

2,758 insurance brokers currently passport into the single market, a trading situation we are very concerned about losing.

Her 5 minute response was detailed and welcomed. She said that she would be ambitious, that we will trade with the EU, but we won’t be in it and we will be starting with equivalence on the day we leave. This should make it easier for us from a regulatory perspective.

She recognised our concern and said to help we should evidence what we do in Europe and demonstrate Europe’s dependence on us - the 5,727 intermediaries passporting into the UK - and spell out the consequences of leaving.

Much work to be done

The evening was set for our own BIBA event – a political dinner that seats the BIBA board, chaired by Lord Hunt, with relevant ministers and MPs allowing quality time for in depth discussion on policy issues affecting our sector.

It was a hectic and successful 20 hour conference Monday and it was clear that the entire Government is vastly absorbed in Brexit and how much they need to understand about the detail from bodies like BIBA.

As Theresa May would say - there is much work to do.