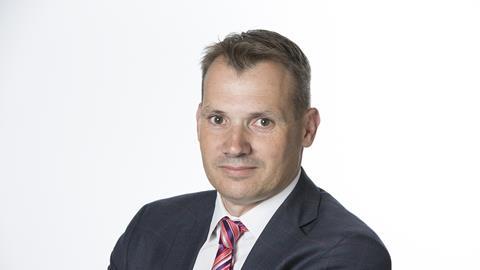 Blog: The evolution of terrorism cover in the UK

Terrorism cover in the UK has evolved greatly over the past few years to reflect the changing face of terrorist tactics.

The industry has worked hard to ensure policies remain fit for purpose, increasing and updating the scope of risks covered in an effort to maximise protection for those who suffer the often terrible consequences of an attack.

Pool Re, the UK Government-backed terrorism pool, was originally created in response to the IRA bombings in the UK in the 70s and 80s, culminating in the Bishopsgate bombing in 1993. The cover is there to act as a backstop to protect the commercial property market from physical damage and property loss in the event of a terrorist attack.

Over the last few years, there has been a shift away from co-ordinated mass damage attacks, to the less sophisticated and apparently random attacks now being seen across Western Europe.

Terrorist tactics now seem focused on causing fear and disruption through attacks on people rather than property, as with the tragically repeated act of driving vehicles into crowds of people.

This has driven an urgent need to look out across market and review previously established terrorism insurance models, traditionally designed to concentrate on damage to property. Injury to people, loss of earnings due to business interruption, and the continuing impact of a terrorism event during its aftermath, are now increasing likely to damage businesses.

For example, many businesses were hugely affected following the vehicle and knife attack at London Borough Market in June this year. The market and area around it was closed off for 11 days while the police investigated. This not only hit trade, but there was a significant impact because of stock deterioration, such as foodstuffs going off in fridges, and lack of access for deliveries.

These businesses were not covered by Pool Re because their properties were not physically damaged during the attack – they were therefore not eligible for business interruption cover under the scheme.

The insurance industry has responded, with a number of insurers now including denial of access wording as standard. This indemnifies the insured against the business interruption caused by a terrorist attack up to 500 metres from the site of the event.

And some individual insurers have made their own specific changes to look out for customers’ changing needs – ours for example is unique in offering bespoke, stand-alone cover for both immediate physical damage and subsequent business interruption.

Many businesses are now also looking at increasing their public liability cover linked to terrorism – if an event should occur in or close to their properties, then they want to be covered in case the incident results in any long-term legal action.

It’s not possible to stop terrorists planning attacks – when, where or what. Businesses and insurers can however work together to ensure that potential risks are covered. Insurance should act as a means to transfer risk away from businesses. With terrorism insurance we hope, thanks to industry innovations, that this will always continue to be the case.