The CII has confirmed it will begin its own investigation into former DAS boss Paul Asplin.

Asplin was sentenced to seven years imprisonment last Friday after being found guilty of fraud against his ex-employer.

Insurance Times contacted the CII, which put out a statement saying: “The CII does investigate and take appropriate action against its members where it can prove that they have breached the Code of Ethics (to which all members are bound).”

Pressed further it was confirmed an investigation into whether Asplin’s actions did constitute a breach of the Code of Ethics would be carried out.

In the disciplinary and appeals section of the CII website it states it “aims to uphold the standards and reputation of the insurance industry”.

Where a member is found guilty of misconduct a number of sanctions may be applied. The CII website states: “These may include anything from a simple reprimand to exclusion from examinations and membership.”

Should the investigation find Asplin has a case to answer for, Asplin will be given the opportunity to submit his own evidence.

The matter may then be referred to a panel of the disciplinary committee or in certain circumstances may be dealt with by a consensual order issued by the case examiner.

The case examiner can issue sanctions in lieu of a formal hearing, but if the member were to disagree with the order or sanctions, the case would be referred to a disciplinary panel.

The panel would then decide what if any sanctions are appropriate. 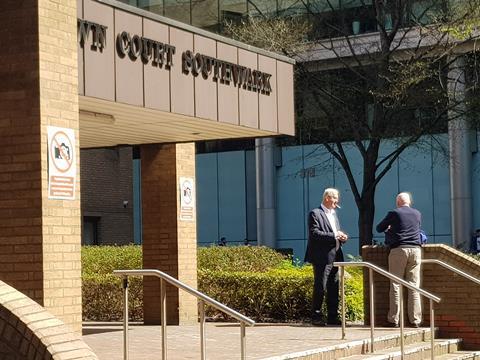