Expert View: The changing professional indemnity market – where is the quality cover? 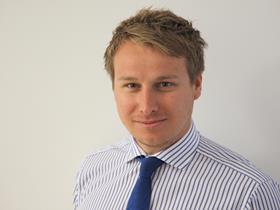 The Professional Indemnity (PI) market has undergone significant change during the last 12 to 18 months. Nowhere more so than in construction.

While many people would assume that the Grenfell Tower disaster and the subsequent fear of claims resulting from the incident is the main catalyst for these changes, it should be noted that Lloyd’s was already warning that UK PI insurance was one of the worst performing insurance classes in the years prior to the tragedy.

Indeed, changes to the market are not just related to perceived cladding exposures. Many insurers have stopped writing Design & Construct PI, with some ceasing to write PI at all, suggesting Grenfell was the final straw, rather than the reason for market changes.

Brokers have found rates have hardened, leading to increased premiums. The deductibles have been getting larger, and lower limits are being offered to brokers by insurers eager to manage exposure.

The new norm appears to be aggregated cover within a policy period, as opposed to the ‘any one claim’ cover, previously the default option for the soft market. This could create issues from an insured and broker standpoint.

They need to be mindful of contracts previously signed with a requirement for ‘any one claim’ cover to apply for a set period (sometimes up to 12 years), and they find such cover is no longer available at renewal.

Nowhere is this uncertainty felt more by brokers and clients than in the Managing General Agent (MGA) space where the model of a typical MGA relies on third-party capacity to trade. Numerous MGAs operating in the PI sector received their capacity from Lloyd’s syndicates, and several syndicates have removed their backing for MGAs.

This has left some MGAs struggling to replace capacity, and those that have being forced to completely change their appetite towards certain trades.

Many people will say that this correction of rates in the construction sector is well overdue. It is worth noting, however, that with claims still coming in, rates may have to rise further for new capacity to be tempted back to the market. Premium alone can no longer dictate the suitability of where risks should be placed.

Along with the breadth of cover provided, brokers need to consider who they are doing business with and ensure they are aligning themselves with the most reputable names in order to provide as much stability for both themselves and their clients in these uncertain times.