Michael Bartholomeusz has held risk roles at AIG and Prudential 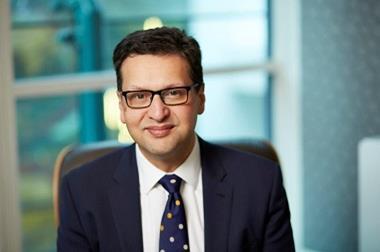 Flood Re has hired Michael Bartholomeusz (pictured) as its chief risk officer.

He will join the flood insurance scheme’s executive committee and report to chief executive Brendan McCafferty.

In his new role Bartholomeusz will be responsible for overseeing, coordinating and facilitating the scheme’s risk management framework, as well as leading the governance of risk management practices across the organisation.

Bartholomeusz has served in a number of senior risk management roles, some of which have been in the insurance industry.

He was life insurer Prudential’s UK regulatory and conduct risk director between 2012 and 2014, and was AIG UK’s chief risk officer between 2008 and 2010.

Bartholomeusz said: “It is a privilege to join the Flood Re team at this time ahead of the organisation’s planned launch in 2016.

“The challenge to be part of establishing this world first scheme to help hundreds of thousands of people who live in flood risk areas is hugely motivating.”

McCafftery added: “The wealth of experience [Bartholomeusz] will bring to the team, through overseeing and coordinating Flood Re’s risk framework, will be invaluable.”