Level is well below £43bn average despite record number of natural catastrophes, according to Swiss Re data 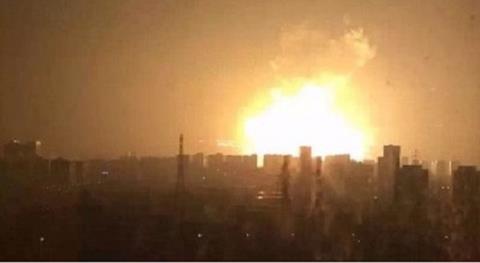 This is below the $62bn average over the past 10 years, despite a record number of natural catastrophes.

Swiss Re said there were 198 natural catastrophes in 2015, the highest number in one year since its Sigma research unit started recording them.

There were 353 catastrophes in total in 2015, including man-made disasters.

Total economic losses from all catastrophe events were $92bn, meaning that insurance only covered 40% of the losses. The economic losses were well below the $192bn 10-year average.

Of the $92bn, $80bn was caused by natural catastrophes.

The biggest insured loss event of the year was the explosions at the Chinese port of Tianjin, which Swiss Re estimates will cost insurers between $2.5bn and $3.5bn. This was also the biggest-ever man-made loss event in Asia.

The second most costly event of the year for insurers was a mid-February winter storm in the US, which cost insurers $2.1bn.