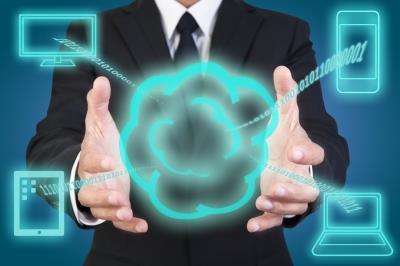 Insurers are embracing cloud technology and investing money in IT for the first time ever, according to a study conducted by insurance technology provider CSC .

According to the report, 80% of responses claimed their IT spending was ‘static or increasing,’ for the first time ever.

It found that traditionally, IT was seen as a cost to be reduced. Previously, insurers were spending 80% of their IT budget on maintaining and running their entire systems. Now, one third of all respondents are spending less than 60% on maintenance, with the remaining budget going towards innovation and modernisation to support customers.

CSC insurance industry general manager Patrick Molineux said: “For the first time ever, companies are not spending their money on just keeping the lights on.

“You don’t need to spend more money on IT, you just need to reapportion it and ultimately, it will free up funds to innovate for the customer.”

“Insurance has become commoditised and the differentiator with any commoditised product has to be customer service.”

Molineux believes that embracing cloud technology is the key to making these savings.

Nearly half (45%) of insurers in the survey said they were using private cloud technology to support key, cost saving projects. 19% are using public clouds to do the same.

Molineux added: “We just signed off on a proposal where we predict a 70% reduction in the companies infrastructure spend if they start using cloud technology.”

“Cloud is not next year; it’s now. Insurers are pouring money down the drain paying for high cost infrastructure, they have to move to the cloud.”

“It allows for outsourcing and easy transitions of data after acquisitions. A number of insurers can share a cloud infrastructure, how each company orchestrates within that will set them apart.”

Despite this, Molineux highlighted that security is still perceived as a major issue when using cloud tech, leaving many insurers reluctant.

“It appears more volatile, but it simply isn’t. If you think it’s easier to hack in to a cloud data system than a small legacy system owned by an insurer then you are kidding yourself.”

The survey found that some insurers are still reluctant to conduct complete overhauls of their systems. 58% cite modification and upgrade among their IT priorities, rather than entire change. Others say that locked contracts with previous system providers bar them from innovation.

CSC, founded in 1959, enable companies to innovate and change their IT infrastructure and reported a revenue of $12.2bn (£7.76bn) for the financial year 2014.