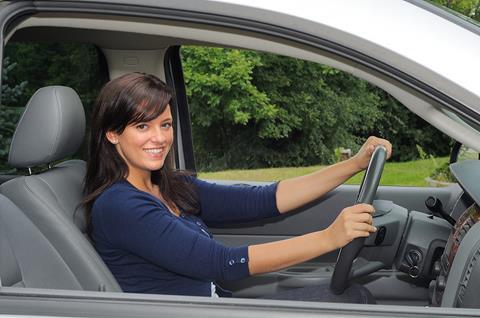 Telematics-backed underwriting agency Insurethebox has launched a new brand for women drivers: ‘Drive Like a Girl.’

Like Insurethebox, Drive Like a Girl will use telematics data collected by a dashboard-mounted box to assess customers’ driving quality.

Those who have driven safely will receive a discount after three months. The company said 17-25 year olds will save the most. It added that a 17-year old could recoup as much as 18%.

The company claims the new product will help women drivers beat the premium rate increases caused by the EU Gender Directive, which came into force in December 2012.

However, it adds that Drive Like a Girl will reward any young driver, regardless of gender, who can prove they are safe drivers.

The EU Gender Directive makes it illegal for motor insurers to base premiums on the gender of the policyholder. Insurers had previously charged lower rates for women drivers because they are statistically a lower risk than men of the same age, and so women have faced rising premiums since the directive came into force.

As with Insurethebox, each Drive Like a Girl customer will have a portal to monitor how well they are doing. The control centre team in Newcastle will also receive an alert whenever the data indicates a customer may have had an accident. Staff will, if appropriate, call the emergency services.

However, while Insurethebox sells limited-mileage policies with the incentive of bonus miles for safe motoring, Drive Like a Girl will offer unlimited mileage.

Drive Like a Girl spokeswoman Charlotte Halkett said: “To say to a young person ‘you drive like a girl’ is a compliment because it means you are probably a safer driver. And if you really do drive like a girl we will make sure you will get a refund after three months. Further, your renewal price next year will be based on your driving, meaning if you continue to drive like a girl you will earn the best price.”

She added: “Anyone who drives responsibly will be rewarded, but the best way to drive like a girl is to be a girl. It is an undeniable fact that the average young man drives differently, which is why they have historically paid up to 50% more for their insurance. We believe that safer drivers should get cheaper insurance – whatever the bureaucrats in Brussels may say.”