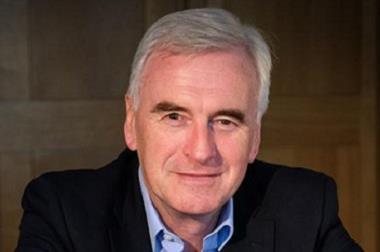 The Labour Party will seek to preserve passporting rights for financial services including insurance.

Shadow chancellor John McDonnell (pictured) cited passporting rights as one of the Labour Party’s “red lines” in its policy on negotiations with the EU after last week’s Brexit vote.

Labour’s red lines include access to the EU single market in goods and services, McDonnell said in a speech.

He said it was vital for employment that UK financial institutions kept their passporting rights.

Acknowledging he had previously been a critic of the financial sector, McDonnell said: “While there is a need for fundamental reform for the City, neither should we just allow it to sink beneath the waves.”