SRA expectations that reforms will cut solicitors’ professional indemnity premiums by 5-10% are misguided and will lead to inevitable coverage issues, says JLT Specialty

Reforms to solicitors’ professional indemnity insurance proposed by the Solicitors’ Regulation Authority (SRA) are unlikely to reduce premiums and are based on incomprehensive data.

In addition, they will lead to coverage issues and force solicitors firms to seek their own legal advice.

That is the message from broker JLT Specialty, which places business with approximately 15% of the UK market.

In a bid to slash premiums by 5-10% for smaller law firms, the SRA is proposing to lower the minimum cover limit to £500,000, or £1m for conveyancing as part of a package of reforms announced in March.

It is also hoping to aggregate run-off cover with a limit of £1.5m, or £3m for conveyancing, and add exclusions for financial institutions.

This is not the first time that the SRA has tried to push through similar reforms. In 2014 its attempt was rejected by the Legal Services Board (LSB) due to a lack of evidence.

The regulator now claims to have conducted a comprehensive analysis, which it hopes will bolster its latest attempt to force through the changes, the consultation deadline for which is June 15.

However, brokers have hit back at the proposals, and now JLT has conducted its own analysis and exposed flaws in the SRA’s plans.

The SRA’s evidence, which it says is the most comprehensive assessment of solicitors’ professional indemnity to be conducted, is missing key claims data on insurers that have left the market or become insolvent.

“One of the factors which contributed to their demise was the adverse claims experience in insuring solicitors. Many of these claims were in excess of the recommendations now being made,” Ellis commented.

In addition, the data does not factor in reserves on claims, only factoring in claims that have been paid.

JLT has found another flaw in the SRA’s analysis. While the regulator now says that 98% of claims fall within the proposed £500,000 limit, it previously said the figure was £580,000 based on the same data.

“This appears to be due to a rounding of percentage points, but nonetheless demonstrates that the data is anything but ‘comprehensive,” said Ellis.

The proposal to cut minimum cover limits is not the only worrying part of the reform package, according to Ellis.

Financial institutions – including lenders, legal expenses and other insurers – would be excluded from compulsory minimum terms and conditions (MTC) cover.

In addition, the run-off cover would be changed to an aggregate system of £1.5m, or £3m for conveyancing claims.

This means that claims would only be paid out up to this limit, so if multiple claimants emerged they may end up out of pocket.

“Many would lose out” over reforms

Ellis acquiesced that some small firms might benefit from a minor premium reduction, but only those that “have only ever done” criminal work or immigration and were not a successor firm to one that had performed other types of work.

Even then, low claims exposure is “doubtless” factored into how insurers price for these practices, Ellis said.

There is “little evidence” that new licensed firms (ABSs) are looking to practice in crime or immigration, Ellis added.

He concluded: “Few others would benefit, but many would lose out for several reasons. There will inevitably be more coverage issues, such as under the aggregation provisions – under which multiple claims may be subject to a single policy limit – or because of allegations of misrepresentation or non-disclosure. This in turn will force firms to seek their own legal advice on coverage.” 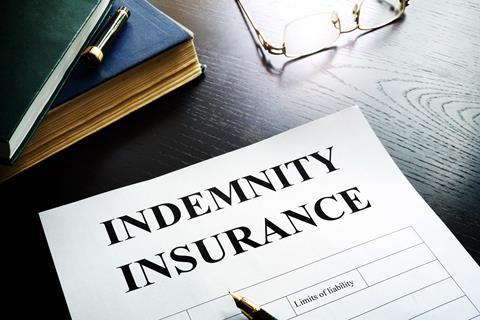