‘I’ve never ducked a challenge, and that’s what attracted me to the FOS: PPI needed sorting’

“I don’t do this job to be popular, I do it because it needs to be done,” says Natalie Ceeney. It’s a good thing that the Financial Ombudsman Service chief executive isn’t chasing popularity. It’s not just insurance companies that feel periodically bruised by the decisions of the ombudsman: for every decision that it makes, there has to be a winner and a loser.

“Whoever loses tends to feel quite strongly about it,” says Ceeney, who took the top job at the FOS in March last year after five years as head of the National Archives.

A teenage maths prodigy, who began her Cambridge University studies at the age of 16, she earned her private industry spurs at McKinsey & Company. She left the management consultancy after four years when her boyfriend (now husband), complained that he never saw her. “McKinsey’s worked you so hard that you never had time for anything else,” she recalls.

Biba head of compliance and training Steve White is clearly impressed by Ceeney. “She’s a doer and she gets things done.”

Ceeney certainly walked straight into a hornet’s nest when she joined the FOS, which provides consumers and small businesses with an alternative route to the courts for arbitrating disputes with financial services companies. The service was already inundated with a growing volume of complaints about payment protection insurance (PPI). Within a few months of taking over, she found herself defending a judicial review by the banks of the organisations handling of PPI cases.

But Ceeney, a pocket battleship of a woman, wasn’t fazed: “I’ve never ducked a challenge, and that’s what attracted me: PPI needed sorting.”

Last month, the FOS emerged triumphant as the big four high street banks abandoned the legal challenge after losing in the High Court. The FOS is now receiving an average of 5,000 new PPI cases a week. Ceeney is not sure that the banks will be able to cope with the recent upsurge in cases, although she is confident the FOS can. “We are hoping that by Christmas we will be back to normal claims handling. Our workload is inherently extremely volatile, so it’s not unusual for us to hire a lot of people over a short period of time. But there’s a limit: we won’t hire faster than we can train,” she says, adding that FOS is recruiting 60 extra staff a month to help clear the backlog.

The FOS raises around three-quarters of its income from case fees and the rest from an industry-wide levy, which is based on individual firms’ turnover and the number of complaints upheld against them. “As the volume [of cases] goes up, so does our income, so we don’t generally have to tweak the levy,” she says.

The exception, Ceeney admits, was the FSA’s decision to raise a £25m top-up levy to cover the FOS’s extra costs arising from the anticipated increase in PPI claims. The ex-president of Cambridge University student union hopes that the FOS will not have to dip into this pot. “That decision was made by the FSA before the court judgment, and even today we don’t know what this year will look like. We will do our utmost not to use it, but almost anything could happen: we are still seeing an increasing number of complaints. But if we don’t need to use the reserve, next year we will be able to issue a refund.” 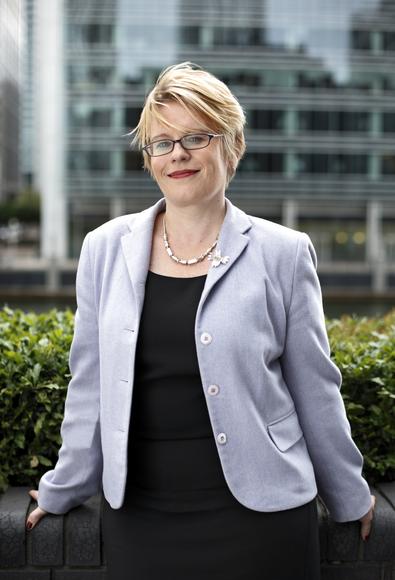 Taking PPI out of the equation, general insurance these days makes up a falling share of the cases dealt with by the FOS. This will become clearer from next year, when PPI will be split out from other general insurance complaints in the FOS’s annual review.

“We generally find in insurance that it’s not one big systemic issue,” Ceeney says. “The frustrating thing is that it’s the same issues day in, day out.”

While unable to name names, Ceeney says there are “huge variations” in the complaints performance of individual firms. While some insurance companies win virtually every case that goes to the ombudsman, others typically lose.

Companies should use ombudsman’s complaints as a learning tool, she argues. “I meet insurers who put every complaint that goes to the ombudsman through their board and every response that comes back as a way of learning about how to improve their product range and sales process.”

“I also see firms where complaints handling is seen as a cost to business: they are the firms that won’t learn from complaints. They are more likely to lose cases because they are not learning, and frankly if I was a customer I would not be impressed if that was the way they dealt with me.”

But, while Ceeney is generally approving of the general insurance sector, she has concerns about the scope for potential mis-selling of ancillary products, like mobile phone insurance. Unless the industry is careful, she agrees with the suggestion that such ‘add-ons’ could be the next PPI scandal.

“Extra care needs to be taken on ancillary products. Whether it’s PPI or mobile phone insurance, if somebody’s buying something and they are not clear about what they are buying, then there’s a risk later on. The risk isn’t just complaints, it’s a risk to their reputation.”

But Ceeney, who was awarded a CBE last year, dismisses as “rubbish” the increasingly voiced criticism that the FOS is behaving more like a regulator than an adjudication service. She argues that, just like a court, it is inappropriate for a body like the FOS to be inconsistent. “If we find things consistently being done wrong, we are going to consistently find that way.”

Finally, she is keen to scotch the idea that the FOS is biased towards consumers. Pointing to figures showing that, give or take a percentage point or two, the FOS finds equally in favour of consumers and businesses, she says: “I constantly hear companies saying we are a consumer champion and I constantly hear consumers saying that we are in the pockets of industry.

“We pride ourselves on being impartial and independent, not being consumer champions.”

In her own words: ‘We pride ourselves on being impartial and independent, not being consumer champions’

Market view: The FOS gets a better press from the industry than the related FSA and Financial Services Compensation Scheme