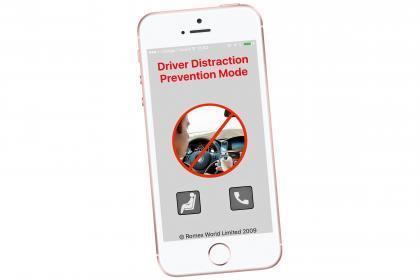 A new phone app that stops you checking your phone while driving could help cut motor insurance premiums.

Employee tracking software company Romex already sells a similar app to the fleet sector, and is now developing it for the consumer market.

The app uses the phones GPS system to detect when it’s travelling at more than walking pace, and then locks the device, disabling all calls, texts, emails and social media. It also monitors the vehicle’s speed, and time spent at the wheel.

Users can declare themselves passengers and continue using their phones while on the move.

The company could launch the product as early as next month, and will target it at younger drivers.

“It’s called Distraction Prevention. We’re approaching younger drivers because they’re the ones most likely to be glued to their phones,” Steve Arscott, Romex’s sales director, told the magazine Auto Express.

“We’re looking for insurance partners at the moment. One good incentive for a young driver to have it on their phone is they would get a rebate on their insurance policy.”