Folgate has been assigned a long-term issuer credit rating of BB+ by A.M. Best.

The ratings agency has also assigned the broker, set to relaunch in December with MS Amlin backing, a financial strength rating of B (fair) with the outlook stable.

In a statement A.M. Best said Folgate’s position in the competitive UK commercial market was “vulnerable and highly dependent on third parties”. But, it went on, this vulnerability was mitigated by owner APC’s underwriting expertise and existing broker relationships.

Folgate was put into run-off by Towergate in 2002, but has made a comeback since being bought by managing general agent APC in 2014.

After four years of campaigning, in June Folgate was granted a licence to start writing insurance in the UK by the Prudential Regulation Authority.

Through it’s deal with MS Amlin as a co-insurer, announced earlier this week, the A.M. Best statement revealed that the MS Amlin Lloyd’s syndicate will pick up 70% of the APC’s UK risks. The rest will be placed with Folgate.

Based on the performance of business underwritten by APC, the ratings agency said it expects Folgate’s underwriting results to be positive.

Folgate chief executive Brian Russell said he was happy to have reached this milestone, but would look to improve the rating in the coming months.

He added: “It has long been the ambition of the board to bring this 140 year established UK London based rated Insurer back to where it belongs and are looking forward to the future of Folgate Insurance Company.

“Now that this news has been announced, we can focus on our broker community by creating a stable offering based on their needs, and will look to further strengthen our rating over the next 24 months”. 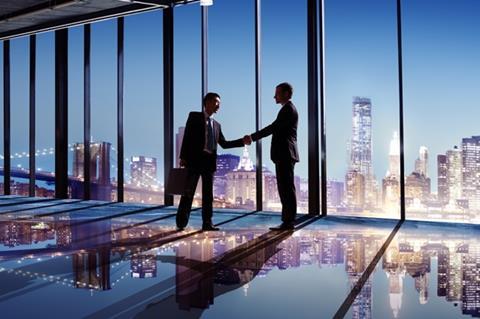