City broker worries for 'fabulous reputation' after being sentenced for GBH

A City of London insurance broker has said that his “fabulous reputation” has been wrecked and his career is in peril after pleading guilty to causing grievious bodily harm (GBH) and assault.

BMS Insurance’s Steven Herbert, 56, was sentenced to 135 hours of community service, given a three-month nighttime curfew and ordered to pay over £4,000 in compensation and legal fees, after assaulting a colleague and breaking the jaw of an office manager.

On 25 October 2017, Herbert had been drinking during a lunchtime business meeting before joining the two victims, insurance underwriter Lloyd Cross and office manager Donna West with one of his two adult daughters.

After a while, he left the Caffe Vergnano near Fenchurch Street, only to return over suggestions of Cross calling his daughter and making “sexually suggestive” comments.

Upon returning to the bar, Herbert started swinging punches towards Cross in a fit of rage, hitting him in the face after trying to take his phone in a bid to stop him from calling his daughter anymore.

“Mr Cross asked for it back and Mr Herbert smacked him in the face, a single punch,” said prosecutor Rory Keene.

In the melee, office manager Donna West tried to intervene. But Herbert swung a punch and caught West in the face. As a result, she needed operations to fix her jaw and has now been left without the sense of smell or taste. She also continues to suffer numbness and difficulty eating.

“Donna West came running across the bar, drops her bag and launches herself at Mr Herbert, causing him to react and causing the unfortunate injury that she received.”

Lewis Power QC, representing Herbert, said: “It’s a tragic case where a lifelong friendship has been destroyed and we see the damage of drinking to excess.

“He believes not only her [Ms West’s] life has been ruined but his own. He feels his fabulous reputation in the City is now gone. He was told he may now lose his job.

”He struck Mr Cross forcefully and Donna West ran over, realising the situation was in turmoil and intervened and thinking someone was going to attack him, struck out in self-defence.”

When sentencing Herbert to the community service, the curfew and fines, as well as a 12-month community order for the assault on Cross, Judge Silas Reid told Herbert: ”You had been out drinking most of the day with your daughter and friends and no doubt fuelled by alcohol got involved in an argument.

“You took Mr. Cross’s phone and punched him hard in the face, causing him to fall to the floor and Ms West, a friend of 25 years, saw this happen and ran over.

”In your intoxicated state you felt she was coming to attack you and punched out. You ended up seriously injuring her jaw, which was fractured in three places.

”She needed surgery, has numbness, has lost her sense of smell and taste and it is still likely she will require another operation to that jaw.”

Herbert joined BMS in 2015 as director of its specialty reinsurance division. Since then, this is his second offense where he has been required to attend court.

After hearing Herbert was caught drink-driving recently, the judge added: ”You’d be well-advised to look at your drinking. He we are, twice in three years in court.

”You have lost your good character in a fairly spectacular way. It was a stupid mistake to make, but you believed you were at risk from Ms West, but you were not.”

Fraudster on the run after being given hefty jail sentence 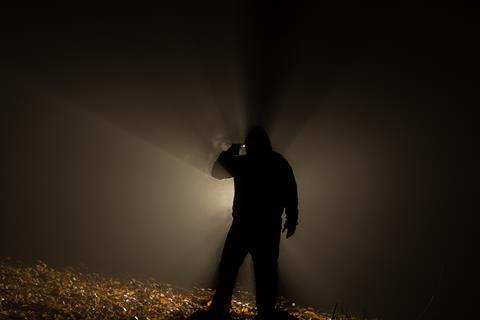