Now that the UK is facing an election, there is yet another delay before the final timing of Brexit is pinned down. But, the expectation of the UK leaving the EU has already had a major impact on the motor salvage market

Vehicle remarketing and salvage business Copart has reported that 100% of its growth in the past 12 months has come from non-EU countries, as the fall in sterling and the euro has encouraged more competition in both new and existing markets.

The company, which sells over 450,000 vehicles a year in the UK via global, online auctions, now has buyers in 87 non-EU countries; the newest addition is Bermuda, which has extended Copart’s global reach and acts as a further example of the changing marketplace for salvage vehicles.

Encouraged by the economic conditions, non-EU buyers are four times more active in the market than their EU and UK counterparts, bidding higher and for more vehicles every day. They pay an average 6% more per vehicle than UK purchasers. 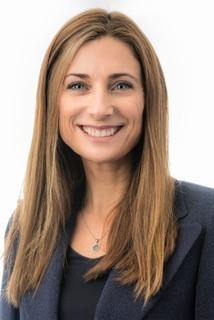 Copart has been monitoring these trends in the lead up to Brexit, and now plans to publish a quarterly post-Brexit update based on its market insights and data analysis, to map the continuing impact of Britain’s departure from the EU on motor salvage trading.

This will include analysis of three key market indicators:

Copart’s UK managing director Jane Pocock said the organisation will also be keeping an eye open for any other changes, developments and trends that have been influenced by Brexit.

“Our scale enables us to give a market-wide view of the impact; it will be interesting to see how it plays out as Brexit finally becomes a reality,” she said.

“Certainly we have already seen significant changes, and the level of activity by non-EU buyers continues to grow month by month.

“It sends a strong message that [while] Brexit undoubtedly throws up many challenges, it has also thrown up many areas of opportunity for organisations who trade with buyers globally.

“I can certainly see the benefits for the UK salvage market and the insurers that supply it, with huge potential to benefit from heightened interest from foreign buyers and maximise salvage returns.”