The FCA’s price walking regulations are yet to create an increase in shopping around for cover, says Consumer Intelligence

The “long echo of Covid-19” has created a state national anxiety that has not yet been exited from, according to Ian Hughes, chief executive at Consumer Intelligence.

This has impacted insurance buying and switching behaviour – Consumer Intelligence’s research a year prior to Covid revealed that 13% of people felt financially vulnerable, which jumped to 26% three weeks into the pandemic. 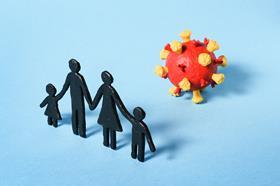 Read more…Vulnerable customers on the rise post-Covid-19, but insurers and brokers can help with better credit options

Speaking during a session at Insurance 2025 on 16 June entitled How to Benefit from the Changing Consumer Landscape in 2025, Hughes told delegates: “That spike of people feeling financially vulnerable is still with us today.

“Customer vulnerability has doubled. Inflation is coming into the market but the market is yet to see premium inflation.”

Consumer Intelligence’s survey last month found that 68% felt financially vulnerable, and 70% of people had cut spending on purchases such as takeaways, going out, the cinema and other luxury experiences.

Meanwhile, 6% have got rid of their car so did not need insurance.

Some consumers have also delayed life decisions such as buying a new car (10%), and 25% wanted a holiday but couldn’t afford it.

Consumer Intelligence has been tracking motor insurance policyholder switching for a decade.

“Over the last ten years shopping rate for motor has been slightly declining, switching rates have been going up and shopping in home [insurance] has been about 75% for the past ten years until the first of January this year,” Hughes said.

During a 2019 Insurance2025’s presentation Hughes predicted key trends in the run up to 2025 – these included consumer affordability and consumers in control.

But Hughes said that these regulations had actually reduced the extent to which people were shopping around.

“Pushing people out into the market to shop around, has reduced shopping around,” he said.

He deemed consumers who were not shopping around after four or more years with the same insurer as vulnerable.

Consumer Intelligence also found that people are making conscious choices to save money – such as by tackling DIY projects themselves.

Hughes believed this could force people to shop around again, but switching rates currently remains the same as prior to the implementation of the FCA’s price walking regulations.

“The reason for that is people cannot find a cheaper price today, so they don’t switch – that does not make them a loyal customer, just unable to get a cheaper price.”

Hughes questioned what might happen when insurance premiums are driven up by claims inflation.

He continued: “That means in the second part of the year when it comes to renewals, people are going to see a more expensive price, but the question is can they find a cheaper price?”

The answer, for Hughes is that firms need to look at creating “an experience” for consumers as well as keeping on top of change.

”When things go wrong once, [consumers] are looking for the next thing to go wrong. If you really want to succeed in delivering to consumers from a regulatory Consumer Duty perspective, this is it,” he added.