The car manufacturer will not accept blame where a driver has failed to take control of a vehicle when prompted, however

Mercedes-Benz has announced its intention to accept legal liability for road traffic accidents that occur while its new level 3 automated lane keeping system (ALKS) is operating in its cars.

However, the car manufacturer specified that it would only accept liability if it was directly caused by a technological issue with the ALKS and not if the accident was caused by a driver, or by a driver failing to take control of the vehicle when prompted.

ALKS, as defined by the Department for Transport (DfT) and the Centre for Connected and Autonomous Vehicles, “is vehicle technology designed to control the lateral, left and right, longitudinal, forward and back movement of the vehicle for an extended period without further driver command.

“During such times, the system is in primary control of the vehicle and performs the driving task instead of the driver at low speeds on motorways.” 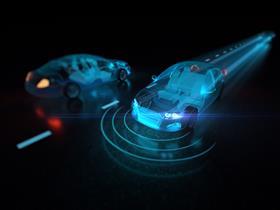 Initially, Mercedes’ new ALKS will only operate within specified areas on the German motorway network and will be speed limited to 60km/h.

Following a consultation in the UK, the DfT has proposed changes to the Highway Code that included the sentence “while an automated vehicle is driving itself, you are not responsible for how it drives and you do not need to pay attention to the road”.

While the government has been keen to bring in legislation legalising the use of ALKS on British roads, the insurance industry has raised questions around issues such as the distinction between driver assistance tools and self-driving technology and who is liable for accidents.

Thatcham Research have been involved in creating a proof of concept consumer safety rating for automated driving systems (ADRs) in conjunction with government funded firm Zenzic and CAM Testbed.

The consumer safety rating aims to be the world’s first system to independently rate the performance of ADRs and will combine virtual and physical testing.

A spokesperson from the ABI told Insurance Times: “Insurers are broadly supportive of the evolving technology behing automated vechicles, as it has the potential to significantly improve road safety – however, the legislation covering these vehicles must progress at the same pace as the technology.

“There also needs to be wider consumer education so that drivers clearly understand the extent and limits of a vehicle’s capabilities.”

Avery added: “It’s too crude to suggest that the carmaker should be liable in all circumstances – there will be times when an accident is and isn’t the carmaker’s responsibility.

“What is apparent in the case of Mercedes, the first to have approval – albeit in Germany – for technology that will drivers to disengage and do other things, is that when the automated system is in control, the carmaker will be liable.

“What’s less straightforward is an accident that occurs when the driver has failed ‘to comply with their duty of care’, for example when refusing to retake control of the car when prompted.”

He added that insurance claims around these sorts of accidents would require scrutiny, with data playing a “vital” role in helping insurers understand whether the driver or the system was in control of the vehicle at the time of an accident.