Broker NDML and trade association the Night Time Industries Association (NTIA) have penned a joint open letter to Hiscox managing director Ross Dingwall to urge the insurance firm “to honour your commitment as a regulated financial organisation and start treating your customers fairly, accept your liabilities, indicate you are not appealing and begin to pay up”.

The open letter addresses Hiscox following the verdict of the FCA’s test case surrounding the interpretation of business interruption (BI) policy wordings in relation to claims caused by the Covid-19 pandemic. The ruling was delivered earlier this month, predominantly in favour of the FCA’s stance supporting policyholders, rather than siding with the eight insurers involved.

In light of this, Simon Mabb, managing director of NDML, and Michael Kill, chief executive of NTIA, wrote to Hiscox to demand interim payments on behalf of their policyholders. They advised Dingwall “that it is reasonable to pay 50% of each claim now and a further 25% on 1st December for those (hopefully few) claims which have not yet settled by that date. This will provide a crucial lifeline to keep businesses afloat”.

Mabb and Kill explain in the letter the reason why they did not intervene in the FCA test case – unlike the Hiscox Action Group (HAG) and the Hospitality Insurance Group Action (HIGA) – and urge Hiscox to take “the ethical approach” by not appealing the test case judgment, as is expected by the industry.

The letter read: “As you know, NDML and NTIA have been working together to support our members and clients who had made claims against Hiscox under its BI policies. We have been advised throughout by Philip Kolvin QC who is working on a pro bono basis as an ethical stance in these unfortunate circumstances. His advice was that Hiscox was obviously liable under the policy, that Hiscox’s arguments regarding business trends would be rejected and that the FCA would win its case, so there was no need for our members and clients to seek to intervene. So, it has proved.

“We are now calling on you to pay out these claims without further delay. We think it obvious that you are being advised that your prospects on appeal are poor. Therefore, given the desperate straits in which many of your insured find themselves, the ethical approach for you is now not to play the odds, treating this like any other commercial case between parties at arm’s length, but to do the right thing and accept liability. If you are the first insurer to break ranks in this way and openly accept that the time to pay has arrived, we are sure that it will stand you in good stead in your future business endeavours in the UK.

“We also note that you are telling your shareholders that income has gone up and that you have the means to pay, which we are sure must be a great comfort to you. Insurance is based on trust, and in the best traditions of the industry, we respectfully say that trust will be built by an open concession now, and correspondingly lost if you continue to resist the inevitable.”

The pair further hint at the possibility of damages for late payments, however they are also “very glad that [Hiscox has] shared a draft of your portal. We hope that we can rapidly agree the formula for the algorithm so that we can start getting claims settled”.

Mabb and Kill additionally offer a roundtable setting too, to enable further discussion, but they still expect a response from Hiscox within seven days of the judgment.

They emphasise to Hiscox that “it is therefore very much in your interests to pay these claims without further ado”. 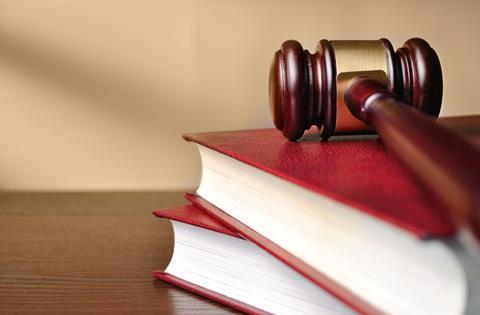