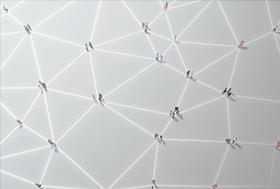 Sullivan Insurance is a general insurance broker and was established in 1983 by founder Denis Sullivan.

The firm is headquartered in Limerick, but the business has since expanded its office presence across several Irish counties including Ennis, Nenagh and Athlone.

As part of the deal, Sullivan Insurances’ team of 34 will continue to service their customers’ commercial and personal lines requirements from the firm’s existing locations.

PIB Group chief executive Brendan McManus said: “This is another fantastic moment for PIB Group, as we welcome everyone at Sullivan Insurances.

“For almost 40 years, their exceptional team has been helping to protect customers, their families and their businesses and has grown into one of the leading insurance brokers in the Munster province.

“Barry, Ian, Michael and their experienced team will be a great fit to our growing presence in Ireland, which we have committed to becoming a key territory for investment.”

Sullivan, who now serves as non-executive director at the acquired business since handing over the reins to sons Barry and Ian Sullivan as directors in 2009, added: “We are thrilled that Sullivan Insurances is set to become part of PIB Group and can contribute to the group’s growth in our market.

“This is an exciting moment in our heritage and success to date, which is testament to our talented people as well as our loyal customer base.

“PIB will be a great new home for us and we were attracted to them because of their strength, scale and strategic vision.

“We look forward to being able to leverage the strength of our new network of peers and the wider PIB Group to bring additional benefits for our people and customers.”

Brokers click here to take part! Not only will you influence your MGA partners and receive the 2022 MGA Executive Report but you will also be entered into a prize draw to win £250 John Lewis vouchers!