A teacher has had a whiplash claim thrown out after it was found ‘fundamentally dishonest’.

Gita Chaudhari alleged that a groundworker drove his works van into her whilst she waited at traffic lights in London in October 2014.

However, inconsistencies and a lack of supporting evidence cast doubts over her account. In January, a district judge at Clerkenwell and Shoreditch County Court struck off the claim and ordered her to pay the defendant’s legal costs of £12,500.

The van driver had maintained there had been no incident, but said he recalled sounding his horn at a cyclist who was blocking his way by failing to move off with the traffic.

AXA, who covered the driver’s van, stepped in and instructed the fraud team at Clyde & Co to act on his behalf.

During the proceedings, the claimant said she had gone straight to the police station to report the incident but the police had no record of a report.

She claimed to have seen her GP a few days later, when the appointment was seven weeks later. She also said she took a week off from her job as a teacher but no evidence supported that.

Moreover, she didn’t disclose she was involved in an apparently similar incident a year later.

Tom Wilson, counter fraud manager at AXA, said: “Personal injury fraud is often associated with crash-for-cash gangs, but it can also take a more opportunistic shape, like in this case.

“We are glad that this was met with severity. Every time a dishonest claim is struck out, honest drivers save money on their car insurance.”

And Blanche Richards, senior associate at Clyde & Co, added: “Fraudulent claims can take many forms and it’s crucial that this type of dishonesty is weeded out wherever possible to discourage activity of this kind.

“This type of case typifies the approach we take, which is to advise against settling if there is evidence of any fraud.

“AXA was supportive of this approach and crucially ran the case on the basis of the evidence.”

AXA has added Chaudhari to the Insurance Fraud Register. 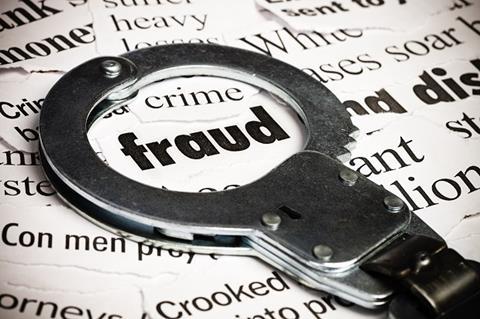