Pool Re is to be freed up to cover business interruption losses that don’t involve damage to commercial property.

The government is to legislate to broaden the remit of the UK’s state-backed terrorism reinsurer, John Glen, economic secretary to the Treasury announced to Parliament.

Until now, Pool Re has been able to cover for business interruption losses contingent on damage to property.

However, following the London Bridge terrorist attack last June, there was controversy that businesses inside the police cordon were unable to carry on their business for several weeks while investigations continued, but were unable to claim for business interruption losses.

“This government remains committed to ensuring that businesses can continue to secure insurance against the financial costs of terror attacks,” Glen told Parliament.

“Both Biba members and MPs had raised with us the changing nature of terrorism which is leaving businesses exposed. We raised our concerns with Pool Re on the need to extend their scheme. We also recognise the need to encourage more small businesses to buy any kind of terrorism cover as fewer than 3% of SMEs take up any cover at all,” he said.

“This will help businesses affected by terrorism. In our 2018 Manifesto we called for legislation to be passed to extend the Pool Re facility, particularly in relation to denial of access cover.”

ABI head of property Mark Shepherd said: “Pool Re plays an important role and we support updating its scope to reflect the changing nature of terror attacks. It is important to remember that there are already insurance products that offer business interruption cover where there has been no physical damage to the insured premises from a terrorist attack, but this should help cover become more widespread, provided the legislation is well thought through.” 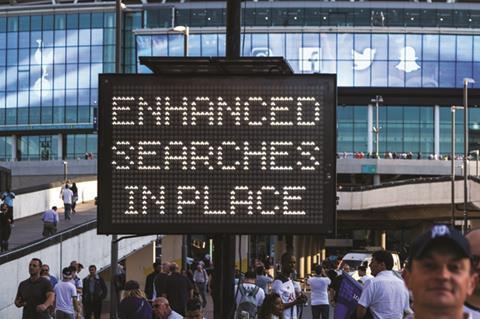