Robert Hiscox to step down 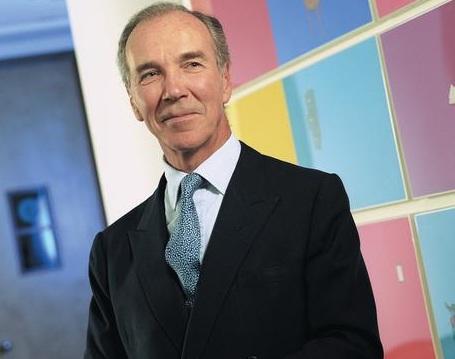 On announcing the insurer’s full-year results this morning, Hiscox said he intends to retire from the board in one year’s time.

Hiscox said the company has already begun a search for his replacement. He joined Hiscox in 1965 before taking control of the business from his father in 1970.

In a statement, he said: “I have decided to step down as chairman of the board while I still feel near the top of my game and have informed my fellow directors that I would like to retire from the board this time next year when I will have just turned 70.

“My passion for the business remains undiminished, and I will be available if the new chairman or others wish to draw on my 47 years of experience.  The independent directors have instituted a search from both within and without the company, and I know that they will find a suitable candidate to lead the board for the next exciting era of the business.”

“There is no better fun than building a business. It has been an enormous privilege to lead Hiscox since 1970 when my father died and I am very grateful to those who have helped me to achieve what has been achieved so far. I have always aimed to employ people brighter than I am, and have always believed that a businessman should only be judged a success if the business thrives after he has gone. I am convinced that the current top executives prove that I have achieved my employment ambition, and I know that they have the talent and the drive to create a truly great business well into the future. Since before we became publicly quoted in 1993 we have had strong non-executive directors and I am grateful to them for their excellent advice on our strategy and tactics, and their robust challenge when they see the need. The regulator likes to see evidence of regular robust challenge, but it has to be said that challenge for its own sake is pointless, and if correct decisions are being made, calm agreement can be found without artificial contrarian debate.

There is no better fun than building a business.

“We first expanded from Lloyd’s into the UK regions in 1989, then into Europe from 1993. We bought an ailing UK insurance company in 1996, which was on the regulator’s monthly watch list and have turned it into a thriving company that made £49.2m last year. We have built successful insurance companies in Guernsey and Bermuda, and have started an insurance company in the USA, which is growing to profitability. We have developed direct businesses in the UK, France and the USA. We have grown from a Lloyd’s syndicate to a truly international insurance business, headquartered in Bermuda.

“We also have a very strong corporate ethical culture, which has led us through some very stormy waters in our early days at Lloyd’s when it went through its period of lack of integrity and appalling underwriting in the 1980s and 1990s.

I was privileged to play an early part in regulation at Lloyd’s when basic standards were being imposed, and a substantial part in the Reconstruction and Renewal of Lloyd’s (together with Bronek Masojada, who was on the McKinsey team), especially the Renewal through the introduction of Corporate Membership, which created a renaissance of the UK insurance industry. With Solvency I, the industry is now going through a massive assessment of the capital each business needs by codifying all the risks in great detail into a computer model, and I am glad that our massive housekeeping exercise has thrown up no surprises. Risk is our business and I have spent 47 years assessing it, and as I said before, 21 of them with unlimited liability.

“The work we are doing should make us a safer business, which brings me comfort as my family and I have a substantial percentage of our worth in Hiscox shares and as I get older I get more risk averse as I cannot make it again. We have always encouraged our staff to buy or hold shares in the company as we strongly believe that a feeling of ownership breeds responsibility, and I know that our investors like the fact that we have plenty of skin in the game.”