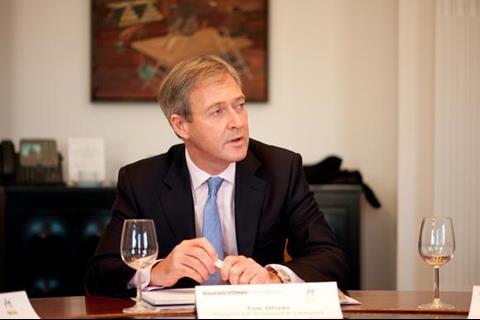 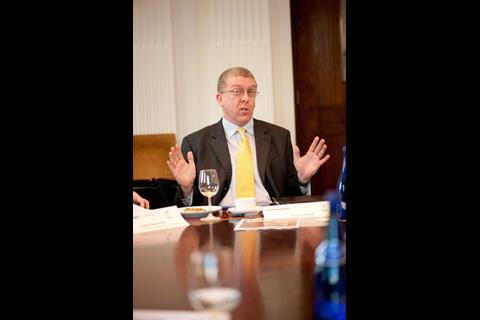 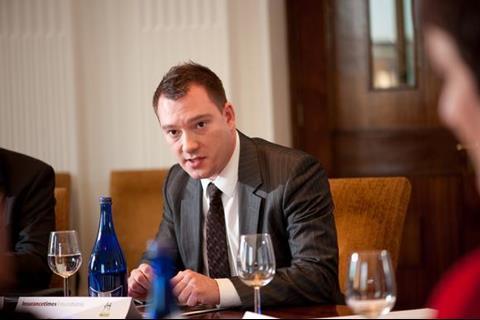 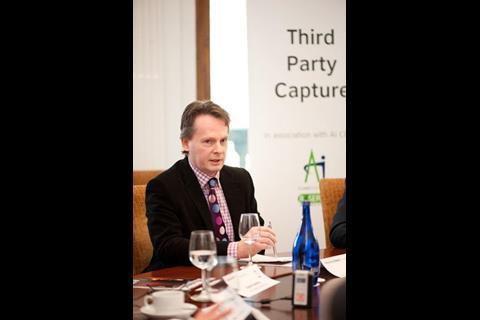 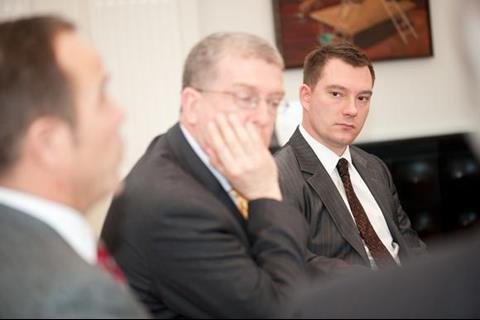 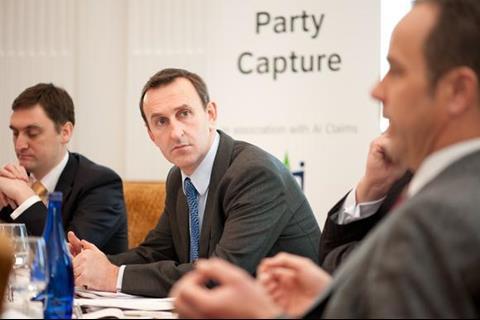 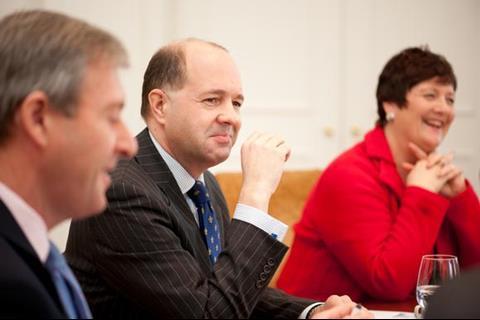 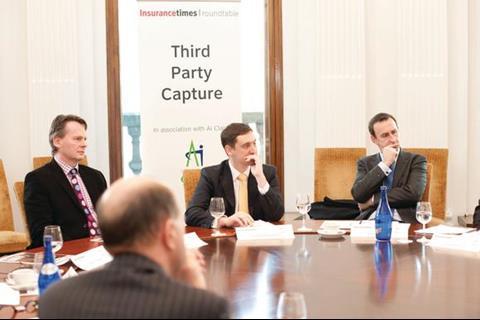 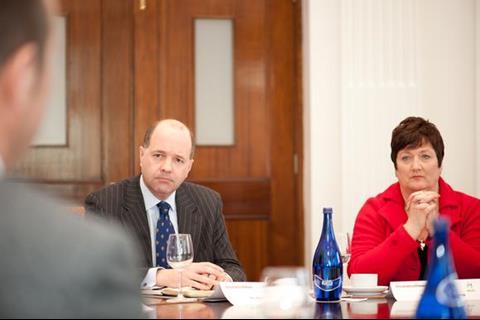 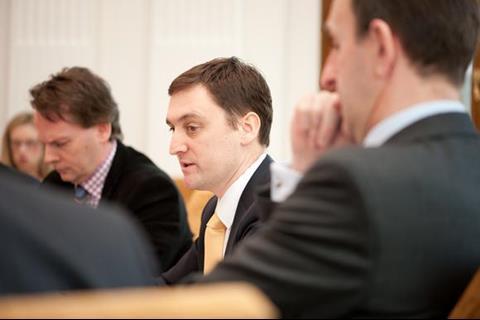 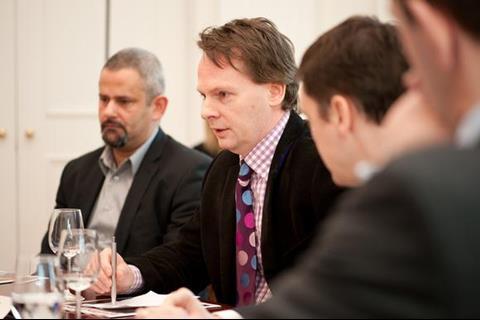 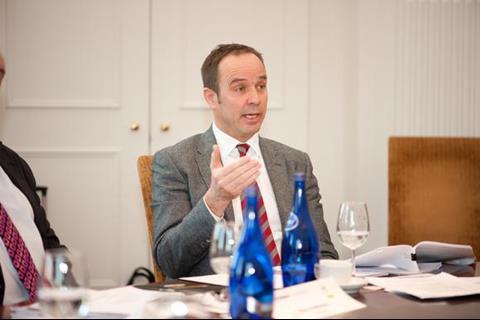 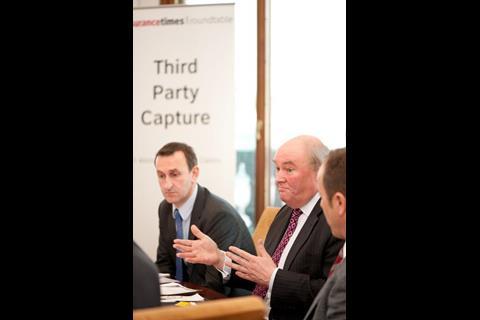 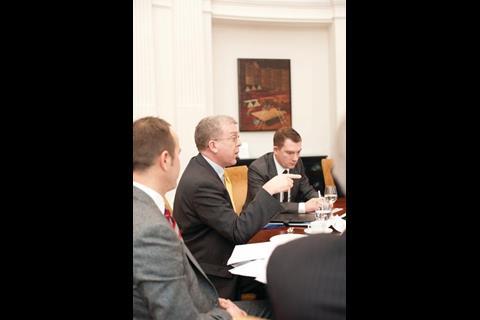 The issue of third-party capture has the insurance sector divided, so we got some leading industry figures in a room together to battle it out in the hope of some consensus

The debate surrounding third-party capture continues to rage through the insurance sector. Insurers are stepping up their efforts to increase the use of this form of settlement, which involves insurers negotiating settlements directly with third-party claimants without the involvement of a claimant solicitor.

Last year, the ABI created a voluntary code of practice on this issue, following a probe by the FSA, but the question of direct settlements continues to generate controversy. Claimant solicitors remain opposed to the practice, arguing that it is unfair on policyholders and that third parties should be encouraged to seek independent legal advice.

Insurance Times’s latest roundtable, chaired by deputy editor David Blackman, served as a timely debate on the pros and cons of this practice.

Aviva’s motor and business interruption claims director Teresa Copping kicked off the discussion by expressing her belief that third-party capture was a valid practice, and offered more choice to customers.

“People have the right to choose how they pursue their claim, and we shouldn’t take that choice away from them. I don’t think practices related to getting to third parties quickly are anything more than giving them another choice about how they settle their claim,” she said. She added that third-party capture was the simplest and most straightforward way for claimants to get their claims dealt with.

Forum of Insurance Lawyers president and Parabis Group chief executive Tim Oliver echoed Copping’s words, arguing that there was no evidence that claimants were treated unfairly when dealing directly with an insurer. “I am not aware of any statistical evidence that shows a claimant is disadvantaged at all in terms of the speed of settlement or the level of damages that they recover,” he said, “so I can’t see any particular issue with it, provided it is done in appropriate cases and in an appropriate way.”

“As a company, we do engage in third-party capture because we find it an effective means of controlling indemnity spending,” he said. “The third party does not suffer as a consequence ­– in fact, they never do.”

He pointed out that insurers had plenty of incentives to ensure that claimants were treated fairly. “The courts will have their say eventually if we push fences incorrectly or indeed unfairly.”

However, Motor Accident Solicitors Society (MASS) vice-chairman John Spencer disagreed, arguing that third-party capture was insufficiently regulated. He pointed out that the practice was governed by the voluntary ABI code only, which was inappropriate because insurers’ desire to reduce the cost of claims could conflict with the claimant’s right to a fair settlement. “In third-party capture, you are dealing with a clear conflict situation, which makes it imperative that there is regulation of the activity,” he said.

Towergate’s claims director Simon Gifford added that the outsourcing of third-party capture by insurers had led to questionable practices. “The owners of those business models take on what I would regard as unsavoury claims, through practices including text messaging and phone calls. This has the propensity to encourage claims,” he argued.

Ethical issues aside, Spencer said third-party capture had fuelled the increase of claims in the beleaguered motor sector, pointing to the rise in the number of claims over the past five years

from 460,000 to 675,000. “I think there are a number of different reasons why claims are proliferating, one of which is third-party capture. I believe it has had an impact in inducing claims to be made that might not otherwise have been brought,” he explained.

He continued: “If you contact a third party before you know whether or not that person intends to pursue a claim and seek to capture that client or assist them, whichever terminology you use, you are bound to generate claims that might otherwise not have been pursued. It does explain why motor claims in particular have risen over a five-year period.”

Trapped on a merry-go-round

The conversation turned to the contentious issue of referral fees. Bird argued that it was not third-party capture but the culture of referral fees, fuelled by ancillary industries such as medico-legal agencies and perpetuated by insurers’ acceptance, that was pushing up claims inflation. “That is a factor contributing to the 50% increase over the past five years in the number of motor accident claims,” he said.

Ai Claims Solutions chief executive David Sandhu agreed that the culture of referral fees had got out of hand, but admitted that the insurance sector was at a loss as to how to fix the problem. “We have this vicious cycle now of forcing companies to put more money on the table to win business, and lawyers are in that situation as well. I don’t know how you get off that merry-go-round, because I don’t think there’s any benefit.”

Allianz’s Hebburn said: “I do think the referral fees have created a feeding frenzy – a behavioural context that is unfortunate and drives a lot of business. There might be a place for referral fees in a properly regulated environment, but the way in which they have soared and everyone is fighting for their share of the pot is unsustainable.”

As far as third-party capture went, there was little consensus by the end of the debate. Aviva’s Copping felt customers remained confused about the claims process and that this was particularly problematic when claims solicitors were involved. “Sometimes customers don’t even know who is handling their claim. They actually think it’s their insurance company, and then later find out it’s not their insurance company when they call their insurer with a query about something. They discover that their insurer doesn’t even know they have got a claim, because it is not involved in it.”

She also criticised the “scaremongering” tactics used by claimant solicitors. “I have seen letters that have gone to customers from solicitors that say you shouldn’t deal directly with your insurer because you won’t get as much money as you would if you were being represented.”

But Spencer of MASS maintained that the practice of third-party capture could be even more harmful, pointing out that even the FSA had reservations about it. “The FSA looked at it and concluded that although an insurer approaching a third party directly to settle a claim is not necessarily detrimental, there is a risk in some cases that third parties may settle directly with the insurer without considering all their options,” he said. “So it acknowledged that there is a risk here. It’s simply not right to suggest that there is absolutely no conflict. I fundamentally disagree with that premise. So does the FSA.”

But for Sandu, many of the issues thrown up by the debate reflected wider changes in customers’ and claimants’ attitudes over time. He said there had been a dramatic shift in such attitudes. “My father is 76, and if he was involved in a crash tomorrow – and he wasn’t seriously injured – he would not make a claim. He would not rent a car from a credit hire company – he would go to his insurer. He would think it would be fundamentally wrong not to.”

One thing all participants agreed on, however, was that the motor market was in a precarious position. Groupama’s Bird said: “You are going to need some fundamental steps to try to cure what I think we all agree is a bit of a mess.”

He said that if Lord Justice Jackson’s reforms of litigation costs were implemented it would improve the situation, but that more needed to be done to tackle the underlying problems.

“I am afraid we are doomed in a market that is structurally very unsound,” he said. “We’ve lost 10% of the capacity of the motor market in the past year, and another 10% could go this year. So no matter what the sources of these problems are, we have got to solve them together.” IT