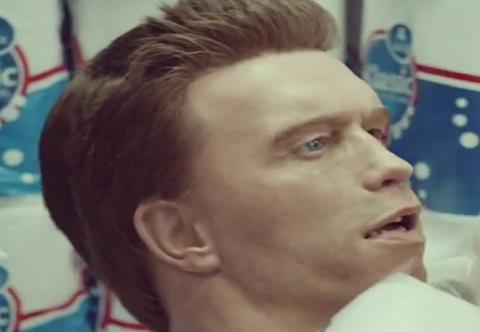 The campaign warns consumers they only have two years to claim compensation for mis-sold payment protection insurance (PPI).

A model head of the Hollywood actor on a rolling tank tread whizzes around a supermarket shouting “come on” and “bye byes to the PPI” in the campaign.

The campaign fronted by the Hollywood legend is paid for by the financial services firms with the worst complaint record for PPI.

However, the wisdom of the campaign has been questioned.

Gary Dixon, a partner with compliance consultants Momentum GRC, said: “Most people who have ever turned on a TV or picked up a newspaper will be sitting this morning in incredulity at the FCA spending public money in deciding to further publicise that people can make claims for mis-sold PPI.

“Pretty much “every man and his dog” knows about PPI and are constantly bombarded by this message on TV, radio and via unwanted sales calls.

“The sad fact is that the whole agenda is being driven by the latter-day ambulance chasing claims firms who have greedily jumped on and ridden this bandwagon for the last 7 years.”

Latest figrues on insurance complaints show PPI is still the most complained about product.