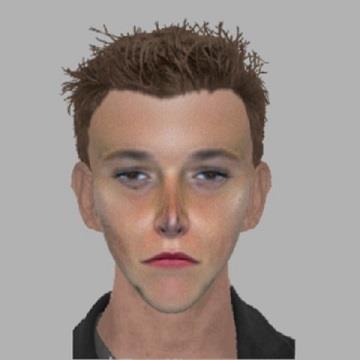 ACE Tempest Re divisional president Timothy Mardon faces a battle to save his leg, police say, after being shot by robbers at his Essex home.

Mardon was blasted through a door with a shotgun after he locked himself away on hearing thieves at his mansion at 4.40am on Saturday.

Detective Inspector Rob Kirby said: “Our victim remains in hospital receiving treatment and his doctors are still battling to save his leg.

“He faces the very real prospect that it may have to be amputated.

“His leg took the full force of the blast as he stood with his foot against the door to keep it shut, and if he had been standing in a slightly different position he could easily have been killed. 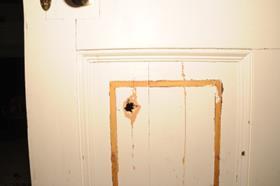 Bullet marks of where robbers shot ACE president through door

“We strongly believe that the men responsible for this vicious, unprovoked attack will be known to someone within the local community, and we urge anyone who thinks they may have information to tell us what they know.”

The two robbers remain on the run since the attack at the Grade II home in Sible Hedingham, Essex.

“Following a detailed forensic analysis of the shot that has been recovered and the damage caused to the door we believe that a .410 shotgun was used to shoot the victim,” Det Insp Kirby said, according to the Peterborough Telegraph.

“This type of shotgun is smaller and lighter than a regular shotgun.

“If anyone has information on this weapon or believes they have sold ammunition of this type to someone matching our suspects’ descriptions, we would like to hear from them.”