Storms will slow down decline in premiums, but not reverse it, says AM Best 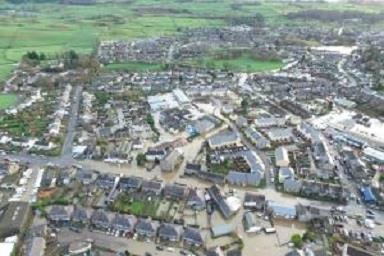 The winter storms will only have a moderate effect on property insurers’ profitability, according to insurance ratings firm AM Best.

Initial estimates of combined insured losses from Storms Desmond and Eva range from £900m to £1.5bn, and there will be further losses from Storm Frank which hit on 29 December, analyst Catherine Thomas said.

Insurers are expected to withstand these losses, with a moderate impact on earnings but little effect on balance sheet strength and hence ratings, she said.

“The principal competitors tend to be well-diversified by line of business and geography,” Thomas said.

“Furthermore, weather related claims experience in the first 11 months of the year was relatively benign and the U.K. insurance market had been expecting good 2015 results for household and commercial property business.”

For 2014, the combined ratio for the property sector was 93%, including the positive impact of prior-year reserve movements.

According to Thomas, recent performance in the UK property sector compares well to that of other major lines with technical profits reported in each year since 2010.

“But good performance has attracted competition and prices have fallen over the past few years,” she said.

Rate deterioration continued through 2015, though at a slower pace than in the previous year, and Thomas expects that slowdown in price reductions to continue through 2016, partly due to the effects of the storms.

However, she added, “Intense competition will hamper positive rate movement.”