Eurozone crisis: What's the worst that can happen? 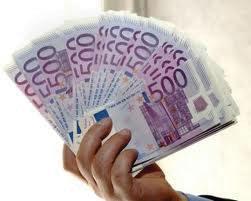 Insurers, along with banks and pension funds, successfully absorb a voluntary writedown on their Greek bonds. Insurer assets in sovereign bonds, property, shares and corporate bonds increase in value and insurer share prices surge.
The economy picks up and much-needed rate rises in commercial are finally pushed through.

The European Central Bank purchases just enough peripheral debt to stave off a crisis. There is a medium-sized bailout fund, of say €1 trillion, that is ready to backstop Italy or Spain. The situation doesn’t entirely convince the markets and the lack of investor confidence continues to have a chilling effect on the UK economy. Businesses refuse to invest in expansion, and banks are still wary of lending, which slows down growth or even plunges the UK into another recession.

The soft market continues as hard-pressed businesses push for cheap premiums. Some insurers may have to inject extra capital to cover the deteriorating value of their bond holdings, once brought down to market value. Insurer share prices remain weak and below book value.

Insurers are also urged by the European Commission to take on extra capital to cover their holdings in Italian, Spanish and even French government debt, adding a new complication to Solvency II.

Italy or Spain defaults on its debts, triggering another financial crisis. Composite insurers with UK operations may be able to survive a moderate default. For example, Panmure Gordon analyst Barrie Cornes believes Aviva could withstand a 20% loss on its £7.5bn Italian bond holdings before it would need to consider raising capital.

But insurers’ investment portfolios would also suffer from other damaged assets. Around one-quarter of insurers’ assets are made of corporate bonds, of which around one-third are bank bonds, according to a recent Moody’s report on insurance and sovereign debt. Another 10% is invested in equities and property, both of which would be hammered in a financial crisis.

Ultimately, many insurers would struggle to raise capital in a second credit crunch. Insurers would probably look to merge or sell parts of their business in a distressed market. Capacity in general and life insurance would be radically scaled back as capital preservation for solvency becomes a priority.

A large write-down by Italy, such as the 50% being talked about for Greece, could even trigger a collapse of one of the composites.