Balancing fairness, regulation and accuracy in insurance pricing is increasingly difficult. Flood Re has shown that it is possible. This article forms part of an ABI analysis looking at the challenges and opportunities for the industry to be published at the ABI’s biennial conference on 3 November in London 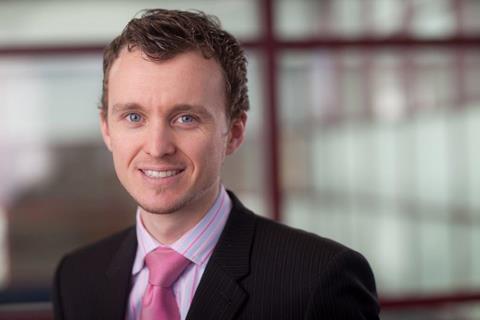 What is insurance all about? Is insurance pricing and underwriting a collective ‘all in it together’ process often referred to as ‘sharing risk’, where to a greater or lesser extent those at lower risk cross-subsidise those at higher risk, or is it an individualistic process where the customer pays for the risk they bring to the table? Which of these is fairest? And is what has appeared fair historically likely to be deemed fair in the future?

Pricing and underwriting – individualistic or collective?

Historically, in the UK at least, almost all lines of insurance have subscribed to the principle that a customer pays a premium commensurate with the risk that they present. This has been the principle; the reality has been, inevitably, that the premium is commensurate with the insurer’s best estimate of the risk presented. This is vital because when the best estimate is relatively unsophisticated, the inevitable consequence is an element of averaging or collectivisation. So with a relatively unsophisticated understanding of who the low risk and high risk customers are, their premiums are less differentiated, and those at low risk therefore informally cross-subsidise those at high risk.

So an oft-heard argument that “sharing or pooling of risk has always been a principle of insurance” misses the point. The principle has been about pricing as accurately as possible given the techniques available at the time. But while a ‘risk sharing’ environment has never been a principle of insurance, it has been a historic norm created by a lack of granular risk information. In other words the collective nature of insurance pricing has been created and maintained by a fundamental asymmetry between the real distribution of risk in the insured population and the distribution of risk that can be reliably obtained or modelled by insurers.

But change is afoot. While this asymmetry will never disappear completely, it is becoming less. With each passing year insurers have access to new data and new techniques that allow them to home-in on the real risk distribution of a population. Where this real risk distribution is highly varied (ie there is a significant difference between the levels of risk of different customers), premiums will inevitably diverge, potentially creating affordability problems for those at the high risk end of the spectrum.

For example, Big Data – the term used to describe the huge volume of varied, largely unstructured data in the world today, including information from social media, data from sensors in homes and cars – presents an opportunity for insurers to uncover new correlations between customers’ circumstances or behaviour and claims. In motor insurance a combination of analytics built on lifestyle information and increasingly sophisticated telematics data may give insurers unprecedented information about who the highest risk drivers are.

Risk catches up with reality

UK flooding is a perfect example of this use of data – a visible precursor to the challenges that could emerge in other areas over the coming years. Flooding is one of the first areas where insurers’ understanding of what is a very varied, granular risk has caught up with reality, due to the rapid development of detailed hydrological flood models in the last two decades. Whereas in the past insurers would need to rely on a crude estimate of flood risk along the lines of, “is the property near a river or coastline? Yes = higher risk; no = lower risk”, now models such as the JBA JFlow hydrodynamic model can help insurers accurately assess flood risk down to a 5m grid square.

The result of this process has been an increasingly segmented home insurance market over the last 15 years, with an informal cross-subsidy between low and high risk homes, to the tune of £180m a year, gradually unwinding. The increasing affordability problems for those at high risk ultimately led to a debate in the UK about fairness – should those at high risk pay a premium to match, even if unaffordable, or should they be supported by cross-subsidy from the rest of the population? The ABI’s decision to put forward, and the subsequent agreement with the government to develop, Flood Re was hugely significant – it marks an ideological shift away from pure individualistic risk based pricing always being the right, ‘fair’ approach.

In their excellent 2012 paper on Social justice and the future of flood insurance, John O’Neill and Martin O’Neill of Manchester University set out three different concepts of fairness in relation to insurance.

1. ‘Pure actuarial fairness’, or the individualistic ‘pay for your own risk’ approach.

2. ‘Choice sensitive fairness’, where an individualistic approach is only fair in areas over which the individual has choice or control.

3. ‘Fairness as social justice’, where insurance that is a basic requirement of social justice, is independent of individuals’ risk or choices.

As insurers understand risk with increasing accuracy in the coming years, societal debates about the fundamental purpose of insurance, and which approaches represent fairness, will be increasingly common and they will be hard fought.

It is safe to say that individualistic risk-reflective pricing – O’Neill and O’Neill’s ‘pure actuarial fairness’ – does not always sit comfortably with the public or the media, however technically sound and ‘economically efficient’ it might be. Media coverage on older drivers is a case in point.

But dissenting voices generally shout the loudest, and many lower-risk individuals benefit from increasing granularity and segmentation with less costly insurance. Increasing segmentation also has the benefits of better incentivising action to manage the risk, keeping average premiums lower (because less uncertainty overall results in a lower cost of capital for the insurer), and preventing adverse selection in the insurance market where products are only seen to be good value for higher risk customers and the market begins to shrink.

Ultimately, decisions on fairness are for society to take, not the insurance sector, but it is important that insurers participate in the debate, offering logical and well-argued insights into the impacts of these decisions.

We must help society to understand the consequences of a segmented, personalised market. In many areas this will be productive, offer the right incentives, and create limited negative effects. In other areas (like those in the box above) the negative affects may be more widespread and have a more acute impact on those affected. These are the areas where deeper thinking is required to ascertain the right approach for the long term.

These are also the areas, however, where it would be most difficult for the insurance sector to intervene unilaterally, even if it were appropriate for it to do so. The impacts are widespread and acute precisely because the risk is highly differentiated, making compromising insurers’ ability to use that approach a significant commercial disadvantage. Level playing fields that can only be delivered in partnership with government and/or regulators will be required if ‘fair’ social outcomes are to be achieved.

If insurers wish to appear to the outside world not just as profiteering businesses, but organisations with a true social purpose in helping to manage risk, then they must be prepared to engage in finding solutions where social justice or choice issues have been raised. However, it is important not to over-egg the pudding, and remember that individualistic, pure actuarial fairness works well most of the time. Windstorm, for example, is never likely to generate affordability or availability problems in property insurance because it is a relatively consistent, shared risk – so even as insurers’ data and analytics develop we will not see the harmful divergence in premium that comes with more granular risks.

So what is insurance really all about? Even when insurance is priced on a fully risk-reflective, individualistic basis, it is still the ultimate collective financial risk management process, where the claims of the few are funded by the premiums of the many. Or to look at it another way, those who suffer misfortune and have to claim are effectively subsidised by those who end up not having to. This collective cross-subsidisation on the claims side, which provides certainty in an uncertain world, is what insurance is really all about, irrespective of whether pricing and underwriting are cross-subsidised as well.