The HomeServe Labs story: From FCA fine to award-winning IoT 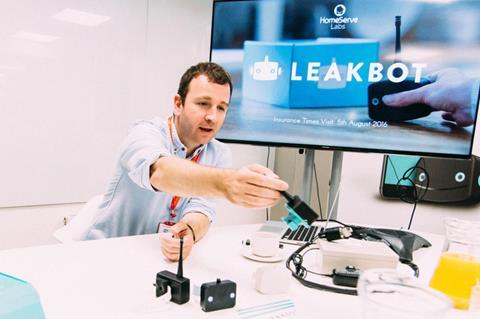 But if you asked the lab’s managing director Craig Foster (second from right in picture below) two years ago if he had expected things to move so quickly, and for him to be collecting an award at the Insurance Times Tech & Innovation Awards last month, the answer would have been no.

This was because, among other things, the team did not realise the potential market for a leak detection product when HomeServe first set up its innovation hub. 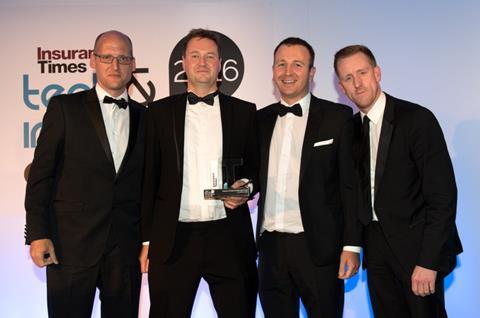 Hot off the heels of collecting the Internet of Things (IoT) Breakthrough Award, Insurance Times spoke to Foster about his journey and how LeakBot might finally be the insurtech product that brings IoT to the mass market.

The corporate identity of the home assistance business HomeServe has not always been clear. It was originally a plumbing business that experienced rapid growth from 2005. This in turn fuelled the company’s “profit driven culture”, as the FCA called it.

In 2014 the company was slapped with a £30,647.400 fine, the FCA’s biggest retail fine to date, after the regulator found “serious, systematic and long running failings” across the business.

HomeServe then realised it had to change its approach. Martin Bennett, who was group chief operating officer at the time, was appointed chief executive to restore the business.

However Bennett decided that in order to do so, he needed to study innovation and marketing. Foster and Bennett went out on a fact finding mission to learn more.

They first did a course at the London Business School about merging technologies and innovation. They then went to Hyper Island, a creative business school in Stockholm. 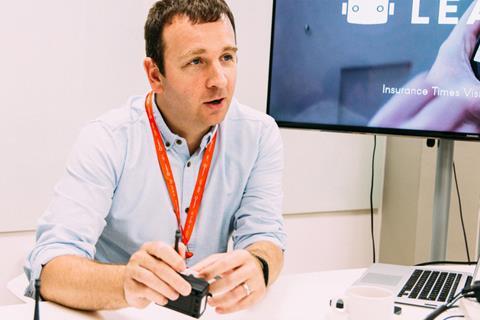 What they learnt was that to solely focus on the day-to-day operations of a business would not prepare it for a changing market, IoT, or the future.

Foster says: “I went there a bit arrogant, but it opened my eyes. If you just follow the winds of change, the way things are going, imagine how your business looks in five years or ten years. The more we processed it, the more we realised that the Internet of Things is going to be massive.”

A ‘crisis of opportunity’

And so they came back. But Bennett saw that just doing innovation as a side project would not be enough and allocated funding for Foster to set up a team that was completely separate to the rest of the business.

Foster says: “Bennett went back as an evangelist and called it a ‘crisis of opportunity’. He said to me: here is the budget, we’re taking you out of the core business.”

When they first set up, the brief was as follows: IoT is going to have a massive impact on home assistance. What will this mean for us?

The team looked at the policies that were there and realised they had insurance policies covering plumbing, electrical failure and heating. But there was no tech part.

Foster says: “We looked through our policies and thought; wouldn’t it be cool if our plumbing policy came with some sort of leak detector and had an app that could detect the leak?”

The team discovered that there were other leak detectors out there, but that they were very expensive. So they started working with an engineer to create a more affordable model. 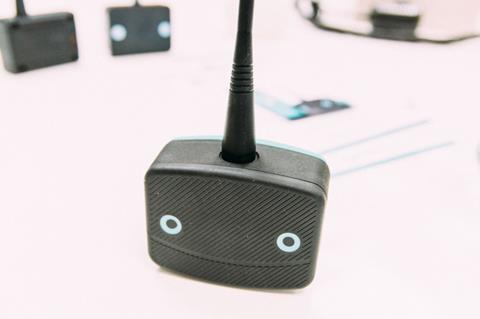 HomeServe Labs realised they had the potential to solve a huge problem. The final product LeakBot is a smart connected device that detects water leaks through measuring the temperature of the water.

It is designed cheap enough for insurers to give to their customers for free as part of their policy, and cool enough for people to install it in their homes.

It can also be purchased on HomeServe Labs’ website. The payback is based on the cost savings on the water claims it will prevent.

HomeServe Labs is a blend of 12 different people from various backgrounds. Some come from HomeServe and some are brought in externally. It has the mentality of a start-up, but with the backing of a big business. 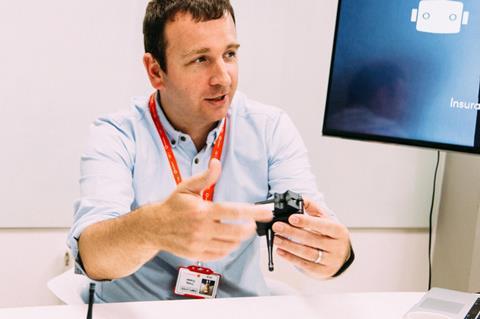 The team does not spend much time in the shed, as they call their office space, but are out speaking to customers, external suppliers and people from other industries. They have just made a deal to have the product produced in China.

Foster says the reach of the product is worldwide, and that the opportunities are infinite.

He says: “Water leaks are the number one household peril for consumers, being a huge driver for insurance claims. With that in mind, the opportunities for LeakBot, given it detects hidden leaks before they become big issues, are potentially limitless.”

He also adds that the creation of LeakBot is not a one-person success, but a group effort.

Foster says: “The culture we have tried to develop is a culture of being abrasive and challenging with each other. Individually all of these people are brilliant, but no one of them could have created LeakBot on their own.”