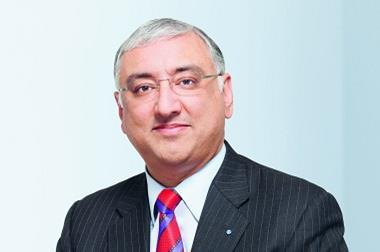 Zurich’s UK general insurance division could make more job cuts than the 440 it already has planned, according to the division’s chief executive Vibhu Sharma.

But he added that the decision would be driven by economic conditions.

Speaking to Insurance Times following the release of Zurich’s UK general insurance unit’s results, Sharma said: “If the economy goes in a certain direction, then I think we are all going to need to look at and further figure out how to become even more efficient on the cost side.”

“Based on [what we see] today, we will keep doing what we need to do. It is hard to comment on the future unless we see a big change from an economic perspective.”

Sharma also said that his division was “very much on track” to complete its planned job cuts by the end of the first quarter.

The UK general insurance division’s job cuts are part of a plan to cut costs by at least £40m and simplify its structure. The plan includes streamlining its commercial broker division.

In personal lines, where Zurich has historically struggled in the UK, Sharma said that the company would be focusing more on service rather than cheap cover to ensure it does not spread itself too thinly.

Sharma also welcomed incoming group chief executive Mario Greco, whose arrival has been shifted to 7 March from the original date of 1 May.

He said: “He will bring a level of passion, rigour and pace. I look forward to welcoming him to the UK and talking about what we’re doing here.”