The government is launching a consultation on the issue, and the ABI says tougher action “cannot come soon enough”

Bosses of firms who constantly call people regarding a claim for injury or whiplash could be fined up to £500,000.

The government is launching a consultation on nuisance calls, although regulations regarding nuisance calls were meant to be in place by spring 2017.

In a consultation paper, the minister for digital and creative industries, Margot James said: “Companies responsible for nuisance calls can be fined up to £500,000 if they are found to have breached the regulations by the Information Commissioners Office (ICO).

”This consultation seeks views on the current legislative options for holding company directors to account, and to give the ICO increased powers to impose fines of up to £500,000 on individual senior officials who breach the regulations.”

Since 2010, the data protection watchdog has struggled to recover fines because some firms have gone into liquidation to avoid paying.

ICO said it had only collected 54% of the £17.8m in fines issued since 2010 because some directors “try to escape paying penalties by declaring bankruptcy - only to open up again under a different name,” known as phoenix companies.

James added: “Nuisance calls are a blight on society and we are determined to stamp them out.

“For too long, a minority of company directors have escaped justice by liquidating their firms and opening up again under a different name.”

He said: “We have been calling for a change to the law for a while to deter those who deliberately set out to disrupt people with troublesome calls, texts and emails.

“These proposed changes will increase the tools we have to protect the public.”

The Association for British Insurers (ABI) has also given its support for the measures, saying tougher action “cannot come soon enough”.

”People have had enough of being bombarded by nuisance calls, often from claims management companies encouraging claims for whiplash-related injuries, that ultimately end up being paid for by honest motorists through higher insurance premiums.

The consultation ends in August. 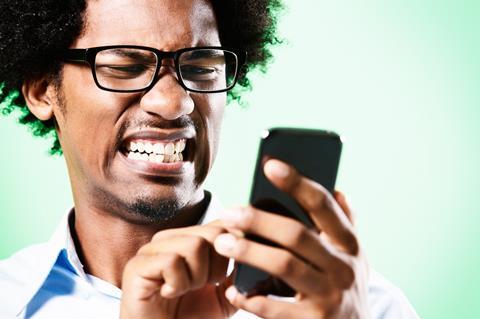