The average age of repair technicians is older than 45

AXA has partnered with AutoRaise in a bid to push the charity’s recruitment of vehicle repair apprenticeships.

The insurer is hoping to attract more young staff to the sector to address the widening repairer skills gap as vehicles become increasingly high-tech.

The average age of repair technicians is currently over 45.

AutoRaise is a vehicle repair charity assisting in addressing the industry’s skills shortage by aiding firms to get government funding.

It hosts events where young people can get hands-on experience of repairing as well as posting job opportunities on its online portal.

Meanwhile AXA has its own apprenticeship scheme which allows employees to gain qualifications on the job.

The insurer’s executive managing director of claims, Waseem Malik, said: “It is crucial that the industry mobilise today to train the vehicle repair technicians of tomorrow. This investment in new talent will help increase the quality and reduce the length of repairs and supports our continued focus on putting the customer first.”

He said that AXA wants young people to get the “right skills for their future career but also to feel pride and a sense of belonging.”

The chief executive at AutoRaise, Bob Linwood added: “Our initiatives are designed to expose a new generation to the vehicle repair industry and to create attractive and effective career opportunities. Today’s teenagers are often more tech-savvy than older generations and very capable of understanding modern technology.

“Engaging with them will not only address the skills shortage but also will prepare the industry to handle the technologically advanced cars coming to market.”

NIG launched an apprenticeship programme last month for brokers called First Forward. It is the first insurer to launch a training programme of this kind for broker partners since government policy around apprenticeships changed in August 2018.

The government saw a fall of about 25% in the number of new apprenticeships which sets them off track in creating three million by 2020.

Meanwhile in September, Ecclesiastical found that brokers struggle to attract staff under the age of 30.

AutoRaise was founded in 2012 by a group of repairers that created an apprenticeship standard under the Government’s Apprenticeship Trailblazer initiative and it became a charity in 2016.

Sharon Brown: The sports therapist who climbed to the top of insurance 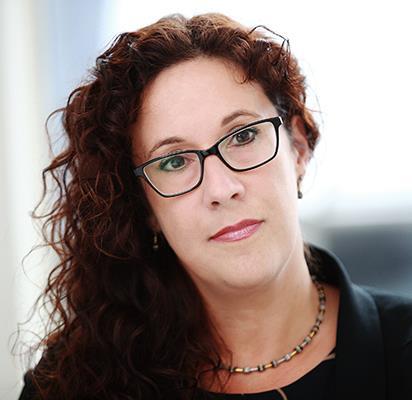