It follows the day of giving being established last October

It’s aim is to get 100 firms involved in the cause this year.

The issue was promoted at the Biba conference last week. To fund dementia research, three IUAD board members, former Covéa Insurance Simon Cooter, Peter Blanc chief executive at Aston Lark, Andy Tedstone group broking and placement director at PIB, took part in a fundraiser where the person with the most donations had their legs waxed. Cooter was the unlucky candidate. 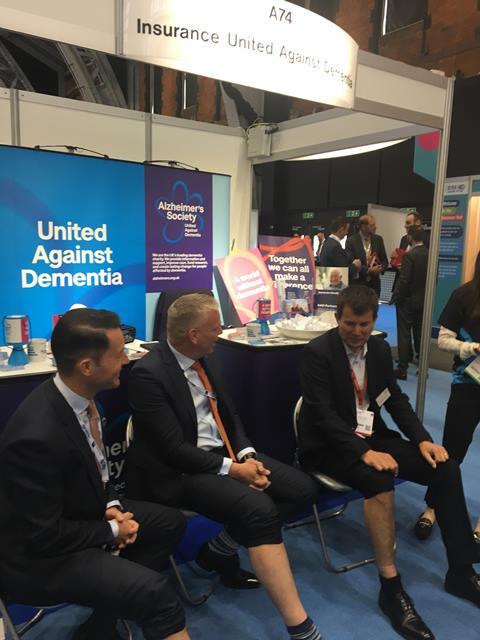 Tedstone said: “We had 30 firms involved last year, but our aim this year is to get over 100 firms involved. I got involved a couple years ago, everyone has a story, the thing that resonated me is that no one has ever found a cure.”

As an overall mission the IUAD board aims to make every insurance policy dementia friendly.

Tedstone said after 30 years in the industry he had never seen a campaign that has come together on dementia and insurance.

“We are all very competitive people, we all have a day job, we are competitors, but with this we can stand shoulder to shoulder and support one thing. I came up with the idea for ’the day of giving’ [a fund-raising event] last year, we had thirty firms involved and raised about £70-75,000 off the back of it,” he said.

Tedstone said the board has raised £1.2 million already. He added that one person every three minutes is diagnosed with dementia, and flagged the hidden costs and demand on a person’s time of caring for someone suffering from it.