After a difficult couple of years for insurers battling with bodily injury claims and the downturn, we summarise where the top companies are in 2012, how they have changed if at all, what they are offering brokers and what they need to do better 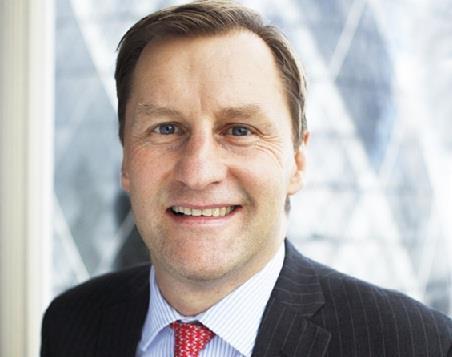 While Aviva’s group strategy is under review following the exit of chief executive Andrew Moss, UK general insurance is performing strongly with a 96% combined operating ratio for the past two years running. The story behind this solid performance can be traced to the days of controversial UK chief executive Igal Mayer three years ago. In 2009, Mayer tried to lead the market with rate rises and bullying consolidators into accepting commission cuts. Instead, brokers voted with their feet and placed premium with rivals, who sat back and watched Aviva hang itself.

Aviva lost nearly £1bn in premium income and the ignominious exit of Mayer soon followed. But the lost revenue gave Aviva an opportunity to rebalance its books towards more profitable distribution channels. McMillan has exploited the insurer’s infrastructure to build bridges with the independent brokers instead of managing general agencies and high-commission brokers.

Personal lines broking is also thriving, in part thanks to the innovative Personal Best, which narrows pricing between direct and broker.

In big-ticket business, meanwhile, corporate risks continues to show promise, having just passed the £500m point on its way to a £1bn target by 2015.

McMillan’s keen focus on underwriting profitability is clearly paying dividends, but hazards remain. Commercial motor’s 113% COR dragged down the overall performance of Aviva’s commercial book to 105%. Rivals have also cottoned on to what is going on at Aviva - and they want some of its SME business. RSA is thought to be considering how it can replicate Aviva’s much-envied branch network of Bonus underwriters that sit in broker offices, and AXA’s commercial head Amanda Blanc has upped broker service levels.

Recognising the threats, intermediary and partnerships director Janice Deakin (pictured) told Insurance Times in February: “We are number one for brokers, we have been for some time, but we are there to be shot at - you always are when you are the biggest.” Deakin revealed that Aviva had launched six regional hubs in Birmingham, Bristol, Glasgow, Leeds, London and Manchester. The hubs will also contain four corporate risks teams with the aim of winning larger-ticket business in the regional markets.

Is Allianz boring? Well, does it matter when it’s widely recognised as having a consistent and clear strategy backed up by a solid performance? The combined ratio in 2011 remained almost unchanged at 95.7% (2010: 96%).

Chief executive Andrew Torrance (pictured) has kept a close watch on underwriting profitability, while in commercial Chris Hanks has proved a canny negotiator with both the consolidators and the independents. Last year, commercial combined ratio improved to 94% (2010: 94.5%).

Allianz made an underwriting profit in commercial motor last year and is in a good position to pile on premium this year as rivals raise rates or drain capacity from the sector.

In personal lines, Allianz has emerged relatively unscathed compared to its competitors on bodily injury. Motor rate increases to brokers have been gradual compared to rivals.

Allianz continues to promote itself as the leading insurer for training. Allianz Commercial launched a scholarship programme to support staff at chartered brokers in achieving their Chartered Insurance Institute diploma in insurance.

Amanda Blanc (pictured) arrived as head of AXA Commercial last year with a remit to shake up the business. Paris wants £400m premium growth by 2015 and for the UK to share some of the €1.5bn (£1.2bn) cost savings globally.

It’s a tough target, but Blanc believes the numbers are achievable. Her central philosophy has been to decentralise, giving more power to regional underwriters and opening up offices in Newcastle, Maidstone and Bristol. On products, AXA has released the ‘Simple’ range for e-trading, and ‘Complex’ products that will be manually underwritten.

The Bolton-based National Trading Centre will play a key role in servicing brokers with a quick response time. AXA is targeting about £70m in corporate, opting for cautious growth in a market Blanc believes is under pressure from corporates pushing for lower premiums.

In personal lines, chief executive Steve Hardy has appointed Nick Turner to head up intermediary and partnerships. He will be expected to maintain AXA’s number one position in travel and help oversee a smooth integration of Swiftcover’s computer systems.

The days of being ‘all things to all people’ are over, RSA claims. Commercial managing director Jon Hancock has put his money where his mouth is by culling 200 broker relationships where very little business was transacted so that RSA can concentrate on its top 1,250 earners.

At the top end, RSA will extend its Global Promise from 15 to 50 firms. In the mid-market, it will push on with Broker Promise - a vow to respond to a risk within three hours.

The conundrum for RSA is how to grow in the SME space, where UK chief executive Adrian Brown (pictured) believes it is £200m-£300m short. RSA is behind on e-trading, transacting £5m premium compared to Aviva’s £70m last year. But the overall commercial broker strategy could be bearing fruit as net written premium increased in the first quarter by 11% to £395m.

In personal lines, RSA continues to show it is not afraid to shed premium for underwriting profitability. Net written premiums dropped 17% in personal lines broker motor, but pet and household, helped by the Oak Underwriting acquisition, have ensured first-quarter personal lines NWP only dropped 2% to £330m.

Zurich’s struggles with personal lines have been so tumultuous that some speculate it might even depart the sector. Zurich lost about £200m in premium when it yanked up motor rates 20% two years ago.

The lost revenue and desire to emulate rivals’ low-cost operating model has led the insurer to cut 400 jobs and outsource personal lines to Broker Direct, the Wessex Group and its broking subsidiary Endsleigh. The good news for brokers, fearful at the exit of yet another player in motor, is that Zurich is totally committed to personal lines, according its head Karl Bedlow (pictured).

In commercial lines, Zurich continues to be a market leader in corporate, with a range of products backed by a global network of offices. Broker Alliance partnership, with 2,000-3,000 brokers, continues to be the backbone of commercial in mid-market and SME.

Like LV=, Ageas is predominantly a personal lines insurer with a good reputation for service. It is slowly expanding its commercial book under Mark Cliff.

Ageas’s greatest threat could come from eurozone debt exposure at group level. Brokers are nervous about the eurozone’s impact on insurer strength rating, especially in the wake of Groupama’s troubles. Although Ageas Group still has top-tier ranking with the rating agencies, it is fairly exposed to government debt of countries such as Italy and Spain.

There were fears LV= was writing motor too aggressively in the midst of the bodily injury storm, and that might result in sharp corrective action on brokers’ books. Those fears were misplaced: LV= notched up an underwriting profit last year.

Success in personal lines has earned LV= a lot of goodwill with brokers as it expands its commercial book. It has signed panel arrangements with respected mid-market players, such as Brokerbility and Cobra, and is targeting £250m gross written premium in commercial by 2014.

QBE still has a lot of convincing to do among UK regional brokers, who are wary after QBE tried to up its premium in property with the acquisition of Evergreen two years ago. Eventually, staff left and the brand was dumped. Brokers will be watching closely to see what QBE does after securing the renewal rights for Brit UK.

QBE (Insurance) Ltd, which includes the UK regions and Europe but excludes its Lloyd’s platform, had the worst COR in 2010, compared to the top five insurers, at 106%.