Tomorrow’s broker will need to be more things to more people and will be leaner, faster and financed differently 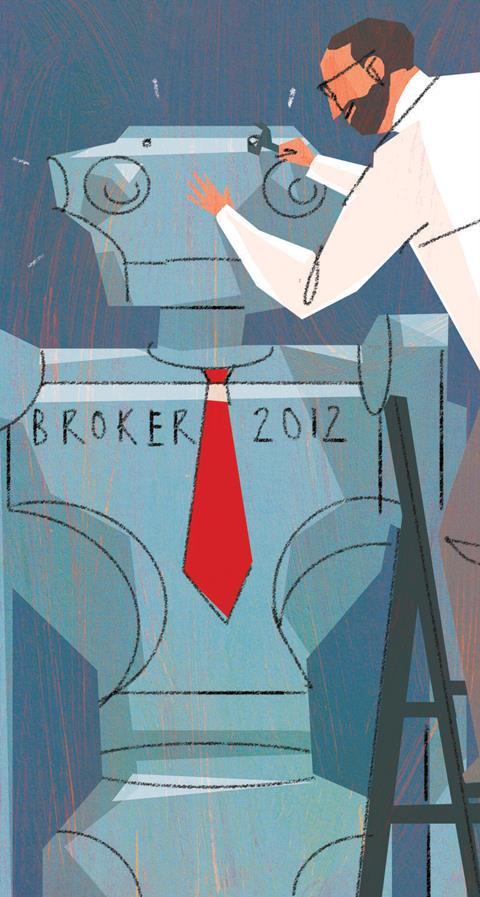 As the insurance industry’s middle-men, brokers have an enviable insight into the market’s workings.

However, it means they get squeezed on all sides when times are tough. The persistent soft market, dwindling insurance demand amid tough market conditions and, as a result, fiercer competition for a smaller pot of business, are all conspiring to eat into broker revenues.

Brokers face competition from aggregators, insurers and even their own clients. If that were not enough, they face increasingly complex and costly regulation.

To combat this, the broker of the future will need to be more things to more people: underwriters of risk, aggregators, consultants, technology providers and possibly even investment bankers. They will also be leaner, faster, and be financed differently.

Getting better and faster

Brokers’ main function is to match buyers with sellers of insurance. But they can get faster and better at this. Their increasing use of technology means they can capture more data about transactions and use this to their advantage. Aon has led the way with its GRIP database. Other big brokers, such as Marsh and Willis, have been quick to follow.

This type of facility is likely to spread through the broking spectrum as brokers try to work smarter and beat their competitors. In two years’ time, most brokers could well have this facility - either that they have developed themselves or outsourced.

Beyond placement of risk, the biggest brokers have also led the way in financial and risk modelling. This has made them extremely valuable to those looking to transfer risk.

On the reinsurance side of the business, modelling capabilities have allowed brokers to net clients and revenues they would not otherwise have secured.

The big boys have spent billions on developing these tools, but that does not preclude the rest of the market from getting involved. Some, such as BMS, are finding it is possible to offer competitive facilities with a fraction of the outlay, while others, such as Cooper Gay, have taken the outsourcing route.

Many brokers have been buying and/or building managing general agencies (MGAs). Some, such as Hyperion and Towergate, have their underwriting
departments tightly integrated into group strategy, while others have only just begun down this path.

Far from feeling threatened by brokers’ MGA capabilities, insurers are embracing it, as evidenced by RSA’s recent deal with Gallagher UK’s OIM agency. This trend is likely to continue, such that MGAs will be an almost mandatory feature of a broking house.

There are also opportunities for brokers beyond the traditional boundaries. Reinsurance brokers, for example, have become pseudo investment banks through their involvement in the catastrophe bond market. Here, insurers pass on natural disaster risk to capital markets investors rather than reinsurers. On the insurance side, brokers have long been involved in setting up insurance alternatives, such as captives, for large corporations. There is no reason they couldn’t eventually help smaller companies in the same way.

As well as changing their capabilities, brokers are likely to be financed differently. Many of the main consolidators are financed predominantly by debt, but as they are discovering in today’s tougher market, finding enough revenue to pay the often large interest bills can prove difficult.

The broker of the future is likely to be far less indebted, ensuring it can operate effectively in both lean and plentiful times. It will not eschew debt altogether, and will be wise to financing opportunities on the bond markets, but will also be keen to ensure it is not held to ransom by interest payments.

As the focus shifts to equity financing, expect more private equity investment in brokers. There is plenty of interest, given brokers’ abilities to generate cash. However, also expect brokers to be choosier about their partners. They are likely to sell minority, rather than majority, stakes to these investors and will be wary of any that encourage them to use debt as much as possible.

Whatever other strings brokers add to their bows, they will remain insurance brokers at their core. Without the insight they gain from this activity, their other offerings are likely to be worthless.