Biba 2012: Commercial e-trading – the race to get online

After years of experience in trading personal lines on the internet, insurers are engaged in a drive to get commercial business online too. All the major players are ramping up their e-trading operations and have big plans for the next 12 months. Here, we look at who’s doing what and the implications for the industry 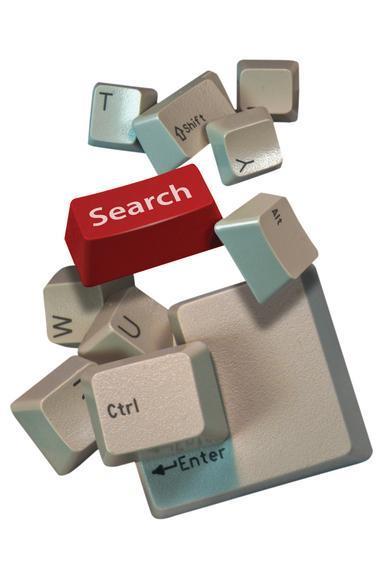 “The market has been talking about commercial e-trading for a long time, but now it’s really happening and it is an absolutely fundamental part of our offering.”

This comment by Aviva intermediary and partnerships director Sam Hudson could have come from any of the top insurers. The major players are in the midst of a dash for e-trading in the commercial markets as never before. So what are the implications? Here, Insurance Times examines what is motivating insurers and the risks they face.

The dash for e-trading

The past 12 months have seen a deluge of announcements by insurers about the investments they are making in e-trading SME business. There have been new appointments: in March, for example, QBE appointed Dave Greaves, who was SME trading director at RSA, to lead its e-trading and Fast Flow operations.

And there has been a slew of product launches: for example, March also saw AXA launch its Simple range, comprising four e-traded products, for directors and officers, landlords, professional and tradesman cover. The insurer plans to add a further 10 products by the end of the year.

AXA commercial director Alasdair Stewart says: “It’s a race to get our products online as fast as possible.”

Insurers are also rushing to get their products on to as many as different platforms as possible. Brokers can access AXA’s Simple products if they use Acturis or AXA’s extranet, but once the insurer has a full suite of products, the focus is likely to shift to putting the products on more platforms.

Aviva, for example, which offers products on Acturis and SSP as well as its own extranet, plans to expand to other software brands in the 12 months ahead. Hudson says: “There are other major software houses out there, and we need to work with them because we need to serve as many different brokers as possible.”

So what’s driving the dash for e-trading? One motive is that, long-term, it should lower costs of SME business - for brokers and insurers. This will also help brokers compete against the aggregators and competition from direct insurers.

For example, Aviva’s last annual results showed that, while the insurer is profitable overall, it made a loss on commercial lines with a combined operating ratio of 105% in 2011. Aviva believes that e-trading will be an important factor in achieving underwriting profitability.

QBE’s Greaves says: “Simple things like being able to email a PDF of a policy wording within seven minutes saves on costs.”

RSA’s SME trading director David Swigciski, another new appointee this spring, says: “There are additional costs upfront (with e-trading), but the more of it you can do, the more efficient you will be, and that is necessary as margins are so thin.”

There is also a growing expectation from customers for business to be transacted online. Greaves says: “For the past 10 years, in the personal lines and direct market customers have been able to do real-time quote and buy, so naturally they want to do that for their business insurance too now.”

In fact, customers will leave if brokers are not trading online, Allianz Commercial’s small business development manager Graeme Durlacher warns. “If a customer rings a broker, they expect a quote there and then. If a broker says they’ll have to get back to them, the customer will go elsewhere.”

Forging ahead with online trading does entail risks for insurers, however. As has been discussed widely in the industry, commercial business is more complex than personal lines, so questions remain over how much it can be automated.

Could the pioneers of online commercial business find themselves with incorrectly priced business or insufficient trades being carried electronically?

Hudson says having the new operations online helps. “The great things about online is that you can change things fast, so if your pricing is wrong you can address it quickly. The key for pricing is test, test and test again.”

QBE has built flexibility into its products in terms of rates, terms and eligibility to allow swift adjustments.

The online systems also need to be backed up with solid resources. Hudson says: “You must be sure of your rating algorithms and your information management capability must be good.”

Teams dedicated to checking customers whose information needs to be clarified or for more detail on the risk provide further back-up. AXA, for example, has set up a dedicated team of 50 staff in Bolton to support the products it launched this spring.

The success of e-trading on the personal side gives insurers confidence too.

Greaves says: “E-trading has been around for a decade in personal lines, so moving it into the commercial space is in fact not so uncharted territory.”
Hudson admits there are “always pitfalls” when you are leading the way, but concludes that essentially insurers have no choice. He says: “There is a lot
of risk, but from an internal perspective it is a controlled risk because we absolutely see that the market is moving this way, so this is a risk we must take.”

Achieved: Allianz has made significant investment in algorithms. In December, it announced SME online business had grown 40% since
the launch of its online trading platform, QuoteSME, a year before.

Planned: Full-cycle SME products will be rolled out to software houses and QuoteSME.

Achieved: Integration of products is underway at Aviva with Acturis and SSP. About 80% of commercial business, worth £70m in gross written premium, is now traded electronically. Robert Ledger has been appointed as head of commercial online.

Planned: New products will be rolled out. Current integration work and expansion to other software houses will be completed. Ledger’s team is set to be expanded.

Achieved: AXA launched its ‘Simple’ range of commercial e-traded products for directors and officers, landlords, professional and tradesmen, and its existing offering has been revamped. It has a referrals team for online commercial business.

Planned: Ten more products are to be launched under the Simple range, including insurance for shops, offices and various types of vehicle cover. The
referrals team, which has six people, will be expanded, while five staff are planned for the underwriting team.

Achieved: Jamie Swindle was appointed as NIG’s new head of e-commerce in June last year. It is working with other platforms to extend availability beyond its network, PowerPlace and Acturis, and has developed additions to package products.

Planned: NIG will rebuild its extranet, while new product launches are planned and the company will move to new software houses.

Planned: A comprehensive range of products is to be online by autumn, including tradesmen and property products. New software houses will be added alongside Acturis. More staff will be hired to support a continuous improvement in e-trading.

Planned: Investment in e-trading will continue, with underwriting to support it. Tara Kneafsey, appointed head of SME in December 2010, will push forward e-trading.