Broker fury at exclusion from landmark talks at Downing Street 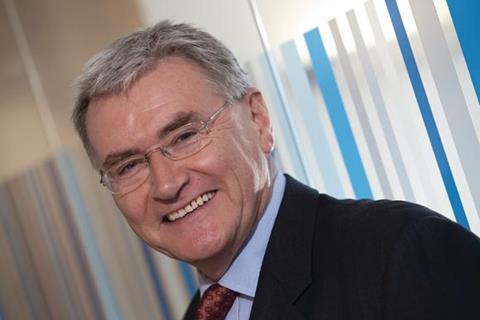 For our full investigation, see ‘Sixty minutes with the PM’.

Click to jump to read Insurance Times’s views on the story.

Biba chief executive Eric Galbraith is under pressure to explain why there was no broker representation at last week’s crunch talks between David Cameron and the insurance industry over spiralling motor insurance and workplace compensation.

Last week’s Downing Street summit is being viewed as a landmark agreement on tackling lawyers’ fees, and controlling whiplash costs and workplace compensation.

The summit was attended by the ABI, six insurance heads, and consumer and business groups, but nobody from the broking world.

Brokerbility chief executive Ashwin Mistry said that any talks about tackling the UK’s claims culture needed a broker response and that the government often did not understand the role of brokers.

Mistry said: “There is a fundamental misunderstanding by government about how insurance is distributed in this country.

“The direct market exists and it is developing, but the broking fraternity controls the vast amount of gross written premium that goes through to insurers. Not to have a broker representation is a sad indictment.”

Biba could have put written views forward if it could not attend, Mistry added. Brokerbility asked to attend the meeting but was turned down. Mistry said that the insurance industry needed a single strong voice when dealing with the government.

‘There is a misunderstanding by government about how insurance is distributed’

“It’s our job to question our trade body,” he said.

A Biba spokesman said that the trade body had good political contacts in general and that it used its manifesto to confront issues such as whiplash, although no members had been contacted about the summit.

The meeting between insurers and the government is being viewed as a potential turning point in the battle to tackle soaring claims costs.

Most notably, the prime minister vowed to clamp down on false whiplash claims and cut lawyers’ fees in return for insurers bringing down motor premiums.
Zurich UK chief executive Stephen Lewis, who attended the meeting, said: “It was very positive and constructive with a clear recognition from both the government and the industry to work together to urgently make a difference.”

Aviva UK chief executive David McMillan said: “If you recognise that you have a one-and-half-to-two billion problem, it’s clear then that we need to attack the unnecessary whiplash costs, to attack fraud and also the quite unbelievable inflation in legal fees. If we can do that, the costs will come down for the industry. We operate in personal motor and there aren’t many more competitive markets in the world. If that happens, customers will get the benefit in better prices.”

There is widespread expectation that Cameron will now push through cuts to lawyers’ fees, which currently stand at £1,200 for a fully-processed and accepted liability claim in the Road Traffic Accident portal. He is also expected to reveal his plans to curb whiplash, possibly by allowing for expert panels, within the next few months.

● This was a landmark meeting and the industry may have, at last, turned a corner in its battle to control spiralling claims costs.

● UK motor insurance is one of the most competitive markets in the world. If claims costs come down, so will premiums. The onus is on Cameron, rather
than insurers, to deliver.

● Biba missed a trick by not being more vocal. Galbraith says it’s an issue for insurers, but brokers still control a lot of motor and workplace insurance.