It must be a rare feeling for Aviva, being the new kid on the block – or rather the kid who left the neighbourhood and came back. But that’s the position corporate risks MD Hall is in. And he’s primed to keep up with the Joneses 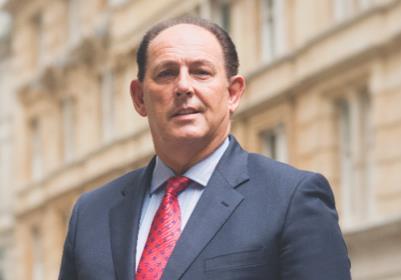 When Aviva revealed its plans to relaunch corporate risks two years ago, the market had its doubts. Brokers had sour memories of the insurer’s ignominious exit a decade earlier, while rival insurers predicted it would win new business only by undercutting its peers and consequently end up with a rotten book.

Aviva’s answer was to embark on a Manchester City-style spending spree by acquiring some of the best names for Aviva Corporate and Speciality Risks (ACSR).
It raided Mitsui to pick up the widely respected active underwriter Dipak Warren and property underwriting manager John Tiernan, but still needed a marquee signing to head the unit and show it was serious.

That big hitter turned out to be David Hall, poached in November 2010 from Zurich, where he headed UK corporate.

Sitting here today in his spacious office opposite Lloyd’s, discussing the progress made so far, the ACSR managing director is under no illusion over the scale of the task still ahead of him.

“We’ll double the size of our business by the end of 2015, and have a top-three position in market share. But the most important thing, to me, is that we’ll be writing that business at a COR of sub-96%.”

Asked if he’s being a tad over-ambitious, Hall replies: “It’s not ambitious. Any insurer today that can’t deliver a sub-96%, they’re going to be burning capital in some way, shape or form on some lines of business.

If we don’t deliver an underwriting result, we won’t be there for the longevity of our clients”

“I think with the absolute need to protect capital, with Solvency II around the corner, and the world economic environment as it is, then what we’ve got to do is deliver, and that means an underwriting result.

“If we don’t deliver an underwriting result, we won’t be there for the longevity of our clients, and that’s also what I’m involved and very interested in.”

As you’d expect in sluggish economic times, corporations have slashed their costs and are watching their bottom lines very closely. That means commercial insurance buyers are under pressure to bag cheap premiums.

The competition is fierce, with established players such as Zurich, Chartis and ACE fighting even harder for the big clients, and underwriting profitability is at risk. This trench warfare pricing is fraught with danger for an emerging player such as Aviva.

One of Hall’s abilities as a trained engineer is to find solutions to complex problems, and he believes he has the answer to how Aviva can compete. He says instability in the post-financial crisis world and ever-changing regulatory environment mean there are plenty of corporate clients that value advice and risk solutions above saving cash with cheaper premiums.

“I believe that today risk managers, who are far more sophisticated, more demanding and more astute than they’ve ever been, actually want solutions and definitely not price,” he says.

To deliver the billion-pound target, ACSR is built around a multilayer structure. Aviva has a trading floor in London, where staff “pitch and catch” for business, as Hall puts it. Then there are the regional corporate risks teams, which work from Aviva’s UK hubs in Glasgow, Manchester, Leeds and Birmingham. There are specialty lines underwriters, and property/casualty and motor underwriters, overseen by a regional underwriting manager.

The regional teams will be semi-autonomous, only referring back to the London HQ occasionally. In addition, there is a “deal architecture and closure team” to ensure clients aren’t missing gaps in their coverage and that the pricing isn’t awry.

About 150 staff have joined corporate risks under Hall’s leadership, bringing this huge operation to life.

A year before Hall’s arrival, Axel Schmidt joined Aviva, also from Zurich, as chief underwriting officer for the group, and was key in establishing corporate risks in its early days before Hall took over.

Although Schmidt is no longer in charge of the day-to-day running of corporate risks, as chief underwriting officer for the group he still has to keep an eye on that part of the business to ensure it is meeting underwriting targets.

In the Lime Street bars, there is talk of tension between the ex-Zurich colleagues as the two top dogs battle it out to have their final say.

Hall laughs at this point, and describes Schmidt as a “peer”.He says: “I’ve got to deliver profitability at an underwriting level; that’s exactly what Axel is driving for every day as well. So the alignment is the same. There’s no disconnect or unhealthy friction. It’s a very, very encouraging environment where we collectively work on doing exactly the same thing.”

When asked about the team hires that will help achieve underwriting profitability, Hall cuts in: “Can I show you something?” He flicks a TV remote and an Aviva promotional video springs up on the screen, accompanied by uplifting music.

To the cynical eye, the video is a little bit cheesy. Nonetheless, Hall watches the video with an intense expression. He conveys an absolute belief in his ability to make a success of corporate risks and believes Aviva is strong enough to pounce on competitors’ mistakes.

He says the market is “hardening in terms of the reaction to the economic environment, and insurers have to make an underwriting return, and what’s more they can’t over-trade.

I think that if people are over-trading, they will have to push back on a number of different lines of business. That will take some capacity out of the market and allow us to walk in.”

It’s all good fighting talk - exactly what is needed when you’re the new kid on the block. Talk by competitors in 2010 that Aviva could only gain momentum by writing cheaply looks wide of the mark. If Hall is anything to go by, Aviva is hungry and here to stay. Rivals better watch out.

Aviva Corporate Speciality Risks GWP: >£500m
UK offices: 10
Employees: 400
Market view: Aviva pulled out a huge chunk of its corporate business a decade ago, so has had to convince a lot of brokers it is committed. Aviva is building up its book again steadily and carefully