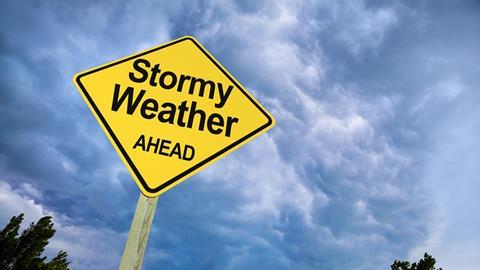 Ex-Hurricane Ophelia bears down on UK and Ireland

Ex-Hurricane Ophelia is expected to continue travelling north east across Ireland today after making landfall earlier today. It will affect Northern Ireland this afternoon, before reaching Scotland at around 8pm.

The Irish Times has reported that 120,000 are now without power in Ireland and there is one known death. A woman was killed and a passenger injured when a tree fell on the car they were driving in the southern county of Waterford.

An amber warning for wind is currently in place for Northern Ireland, South West Scotland, Strathclyde and Wales, where winds between 65-80mph are expected.

A yellow warning for wind is in place until the end of the day on Tuesday for Wales, Scotland and Northern Ireland, as well as areas on or near the west coast and North of England. Winds in these areas are expected to reach between 50 to 60mph.

The storm follows the recent anniversary of the Great Storm of 1987 last weekend. Recent hurricanes Irma, Harvey and Maria wreaked havoc in America and the Caribbean in the latter part of this year, leading to reinsurance price rises.

Ex-Hurricane #Ophelia is continuing northeastwards over the next 24 hours. Very strong winds likely for many. Here’s the latest track… pic.twitter.com/dzf0pI4uNb