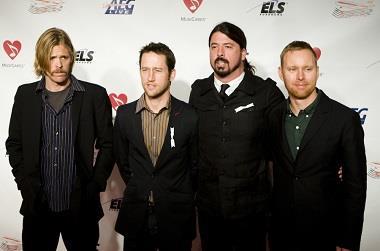 Foo Fighters are suing Integro-owned broker Robertson Taylor and several insurance companies for not paying out for seven cancelled gigs.

The US lawsuit mentions three cancelled performances after lead singer Dave Grohl broke his leg in June 2015 and four after the Paris terror attacks in November.

The band claim there are injury and terrorism clauses in their policies which mean they should have been compensated.

They are claiming against a number of Lloyd’s insurers.

Foo Fighters are also taking action against the insurance broker responsible for securing the policies, Robertson Taylor, which was bought by US firm Integro in December.

Foo Fighters say the insurers have wrongfully refused to pay their terrorism cover claims for losses from the cancellation of several shows in Europe during their 2015 world tour in November.

The band says in its lawsuit that it believes it will be paid for the Paris and Lyon cancellations but alleges that Robertson Taylor advised underwriters against paying for cancelled shows in Italy and Spain despite terrorist group IS releasing a video threatening additional attacks in Europe, the BBC reports.

The court case, filed on Monday in a federal court in Los Angeles, claims they’re owed for shows they called off in Turin, Paris, Lyon and Barcelona after the Paris terror attacks, which saw 130 people killed.

The band claim the companies have “failed to pay amounts that even they appear to recognise are due and owing” on insurance claims the band made on several shows which were cancelled.

The second part of the case is about gigs cancelled after Grohl broke his leg during a show in Gothenburg, Sweden, last June.

The band also had to pull out of their headline slot at last year’s Glastonbury Festival.

Foo Fighters are claiming for damages, punitive damages to cover Lloyd’s of London and Robertson Taylor’s conduct plus lawyers’ fees.

Integro was unavailable at the time of going to press.