Senior ombudsdman Melissa Collett (pictured) said the FOS can currently dismiss spurious claims, but does not have the power to recover costs 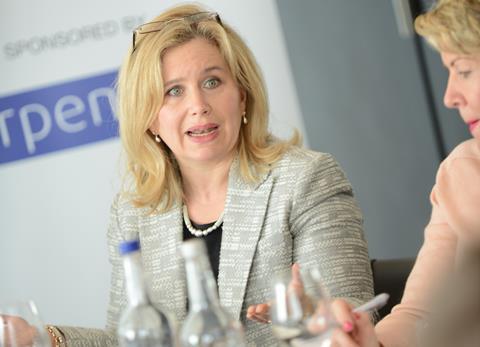 The Financial Ombudsman Service (FOS) should seek to recover its costs from complaining customers when fraudulent claims are proven to have been made.

This is the view of Fraud Charter members at the group’s first meeting in 2015.

FOS senior ombudsman Melissa Colett gave a presentation at the meeting on how the ombudsman deals with complaints and said just 0.6% of general insurance complaints involved an element of fraud.

These figures did not, however, include misrepresentation and industry members around the table said including such cases would push the proportion of complaints involving fraud much higher.

GAB Robins head of counter fraud and investigations service Neil Daniel said the FOS should help deter spurious complaints by recovering costs from the policyholder when fraud is a proven element of the insurer’s decision to deny a claim.

“There is an impact on the FOS for a frivolous claim,” he said. “If it is a fraudulent claim in the first place, the FOS should be seeking costs from the fraudulent claimant.

“As a body the FOS must evolve, because these people (fraudsters) are involved and, sadly, FOS involvement in that [fraudulent claim] is taking attention away from a genuine claimant.”

Colette said the FOS did not have the power to recover costs, but could dismiss complaints if they were frivolous.

She added, however, that it was difficult to make such a decision before the FOS had investigated the complaint.

“We can dismiss frivolous, fictitious complaints, but we have to look at it if it is not instantly clear it is fictitious,” she said. “Yes, time is wasted but that’s the point of dispute resolution – you have to look into it to see who is right. It might have been a genuine complaint.”