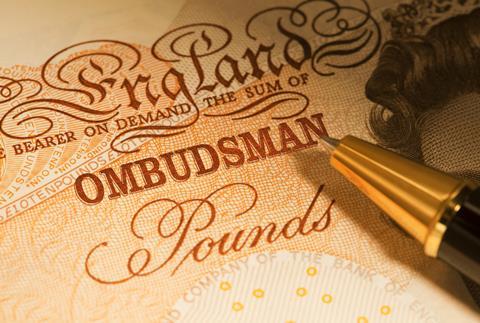 Complaints about payment protection insurance (PPI) accounted for two-thirds of all queries made to the Financial Ombudsman Service (FOS) in 2014/15.

Chief ombudsman Caroline Wayman said: “The world has moved on and changed significantly since I first joined the ombudsman as an adjudicator in 2001.

“Yet our workload over the past 15 years has been constantly dominated by the past – clearing up the fall-out of the mass claims and mis-selling scandals of the past decade and a half.

“But 15 years of sorting out millions of these problems have given us unparalleled experience, knowledge and understanding of why complaints happen – and how they could be avoided in future.

”That’s why our focus continues to be on complaints prevention and sorting things out pragmatically as soon as problems emerge.

“That’s also why it’s so important that lessons are learned from what’s gone wrong in the past – to prevent yesterday’s problems from becoming tomorrow’s complaints – and to help ensure financial services evolve to meet the needs of today’s customers.”