Fraudster sentenced for setting up two cash for crash schemes

A man has been sentenced for orchestrating two cash for crash schemes, with the help of his brother and two other men. 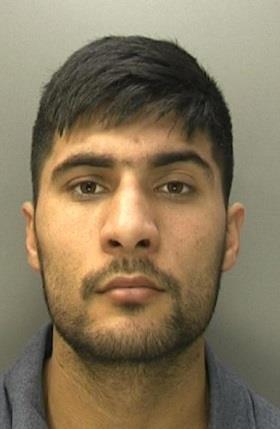 Daud Khan (right), 20, of Birmingham, along with the other three men, pleaded guilty to his involvement in one or both of the fake car crashes and for making fraudulent injury claims.

The fraud first came to IFED’s attention on 12 May 2016 when Acromas Insurance referred a case of a suspected cash for crash scheme which involved Khan, his brother Sardar, and a third man named Shamus Fazil on 12 November 2015.

Just a few days prior to the crash, Daud Khan had incepted a dual policy with Acromas on 9 November 2015 and with the Royal Sun Alliance (RSA) on 10 November 2015.

Dashcam footage recognised Daud as the driver. He performed an unnecessary emergency stop at a roundabout when there appeared to be no reason for it.

The second crash came to attention when IFED officers executed search warrants at all the men’s home addresses on 9 August 2016. Fazil was arrested at his home, and Daud Khan was arrested later that day after he contacted police. 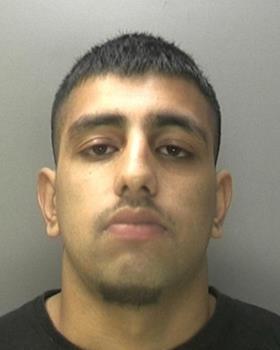 Officers found several claims documents at Fazil’s and Daud Khan’s addresses related to another car crash which had happened a few months earlier on 2 April 2015.

Daud and Fazil (left) were also involved in this fake crash, along with Sardar Khan and another man called Niaz, though Daud Khan didn’t participate in this crash. There was also another man called Hamza Gel who was named as the driver, though it is believed this was a fictitious person made up by Daud.

The insurance company did pay out £810 in respect of the damage to the men’s car in the second case, but amid suspicions of fraud they never ended up paying out for the personal injury claims.

Niaz was voluntarily interviewed on 13 October 2016 at Stetchford Police Station in Birmingham and was then later summoned to appear at court.

The four men were sentenced at Birmingham Crown Court to the following:

Daud Khan, 20, of Cotterills Lane, Birmingham – two years in prison and banned from driving for 18 months for two counts of conspiracy to commit fraud by false representation.

Shamus Fazil, 20, of Woodlands Road, Birmingham – one year in prison for two counts of conspiracy to commit fraud by false representation.