Henry Engelhardt to step down as Admiral CEO

Founder to be replaced by UK insurance chief David Stevens 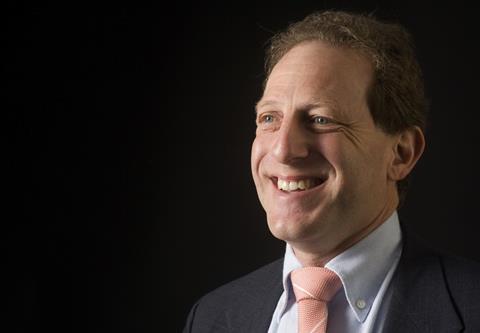 Admiral Group CEO Henry Engelhardt has announced that he is stepping down from the role at the company he founded nearly a quarter of a century ago.

The insurer has said he will be replaced in a year’s time by co-founder and current Admiral Chief Operating Officer (COO), David Stevens.

Engelhardt has been chief executive of Admiral since its creation in June 1991 and throughout its life as a listed company.

Stevens has also been with Admiral since August 1991, prior to the company’s January 1993 launch, and has been CEO of the UK insurance business since 2008.

David is also the group COO. Prior to Admiral, David worked for both McKinsey and Cadbury Schweppes and holds an MBA from Insead.

Alastair Lyons, group chairman, said: “There is no way to measure adequately the contribution of the founder of a business that has grown from zero to over £4 billion market capitalisation, employs over 7,000 people and serves more than 4 million customers.

“On behalf of the board and the entire group I want to thank Henry for everything he has done over so many years and will continue to do until he steps down in 12 months time.

“Equally, we are hugely fortunate to have someone of David’s capability and experience to succeed Henry and I am very confident that Admiral will continue to go from strength to strength in the future.”

Stevens said: “After working alongside Henry for the last 24 years I will be very sad to see him no longer at the helm of Admiral. I am delighted that the Board is offering me the opportunity to succeed Henry and build on his formidable legacy.

“Whilst Henry will cease to be the CEO and a director at Admiral, I am very pleased to be discussing with him ways in which he might continue to make his unique skills and experience available to the group after he steps down as CEO.”

Engelhardt said: “Don’t bury me yet, guys! I still have 12 months on the job and lots to accomplish in that time.

“But I see the wealth of management talent we have rising up in the organisation and I think that in a year it will be the right moment to start the transition towards that younger, very talented team.”