Chris Finney, partner at law firm Cooley (UK), on how peer-to-peer and crowd-sourced insurance are already making inroads into the industry 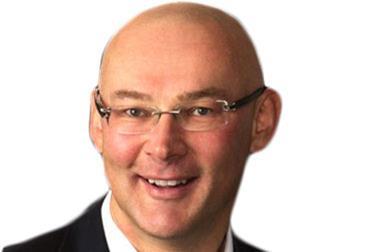 Insurtech comes in many shapes and sizes. Whether it matters to you probably depends on where you are in the market, and what you’re trying to achieve.

Customer-facing technology is improving existing distribution channels and creating new ones. It’s also making it easier for consumers to buy, change and renew their policies; pay their premiums; and make and track their claims. In-car telematics and wearable technology are giving insurers access to the data they need to more accurately price the risks they’re offered. It’s also helping them to defend exaggerated and fraudulent claims.

Solvency II has given entrepreneurs and insurers opportunities to create and use better software to measure, manage, track and report asset and liability movements, more accurately and with more currency than has ever been possible before. So reserves can be released more quickly and with more confidence than ever before. No doubt the insurance distribution directive will drive or enable material changes as well. We’ll see.

Some of this might be regarded as routine: incremental developments in a fast changing world. But some of it is much more than that. Take peer-to-peer (P2P) insurance and the distribution of policies in a sharing economic as examples.

At first look, P2P insurance can be difficult to imagine or understand. Regulatory issues aside, if I agree to insure someone against something, I’ll receive a modest payment upfront. If I’m lucky, I’ll keep it. If I’m unlucky, I’ll have to make a payment that’s so large I’ll lose my shirt. So, how can I (whether alone or as part of the crowd) sensibly agree to insure anyone against anything, and why on earth would anyone ask me to do so?

The answer’s surprisingly simple, relatively cheap, and hundreds of years old. Mutuals, friendly societies and captives can provide crowd-funded, platform organised, P2P insurance without running these risks. If the P2P insurer is properly authorised, and it uses professionals to draft its insurance and other contracts, there’s no reason why these P2P insurers shouldn’t be just as good as any other. In fact, the absence of legacy issues and the availability of enhanced technology could easily make them better than some of the existing players.

Two other innovative things are also beginning to happen.

First, technology is making it easier to buy and sell insurance against very particular risks, for very short periods of time. If I want to borrow a friend’s car to go shopping, or I want to test drive a second-hand car before buying, I can use my phone to get an hour’s worth of insurance within minutes. I no longer have to ask my friend to add me to his policy as a named driver for a fortnight, or until the end of the policy year; and I don’t have to worry about whether my comprehensive motor policy will give me third-party cover for the test drive (and hope for the best).

Some traditional insurers are already entering this market. Some are lagging behind, and some are wholly unaware.

Platform technology is also driving down premiums by aggregating the purchasing power of the crowd. I can take advantage of this by joining a crowd that’s buying insurance for a common risk, instead of buying insurance for my particular risks. Perhaps surprisingly, the group premium is often lower than the aggregate of the individual premiums, and the cover can be wider and deeper. Groups can also get more bespoke insurance, more quickly and cheaply than individuals. It might be impossible for a diabetic double bass player to get travel insurance for a sensible cost (if it’s available at all). But a platform can draw in a crowd of diabetic double bass players, and find better cover, more quickly, for less.

Coming to a city near you

A crowd can also share the cost of meeting insurance deductibles. In some cases, the insureds pay their deductibles into a pool, upfront. If the group has a good claims year, the balance is distributed to the crowd as a cash-back reward, or it’s used to reduce next year’s premium. In other cases, the cost of the deductible is shared, using a call for contribution if and when the claims come in. Some platforms allow you to form a crowd with people you know, and others allow you join a larger crowd that’s more likely to generate cashback returns. The possibilities are quite literally endless. And they’re coming to a city near you.

So what’s not to like? Not much if you’re a consumer and everything is done properly. Quite a lot if you’re one of the more traditional insurers or brokers, and you’re lunch is at risk. Discuss.